Chinamasa Has No Mandate To Present The Zimbabwean Budget 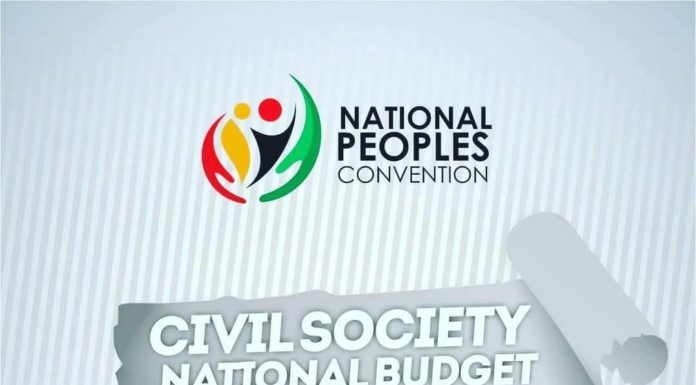 Source: Chinamasa Has No Mandate To Present The Zimbabwean Budget | ZimEye

By Paul Nyathi | The Zimbabwe Congress of Trade Unions (ZCTU) says that Finance Minister Patrick Chinamasa does not have the mandate to present the country’s budget.

The labour movement’s National President Peter Mutasa said this on Tuesday afternoon when he made the labour sector’s contribution at the National People’s Convention Budget review seminar in Harare.

Mutasa said that Chinamasa is no longer legit person to speak on the country’s finances as he is also one of the so called wanted criminals who looted state resources during the reign of former President Robert Mugabe.

“As labour we can not recognise this budget as Chinamasa does not have the mandate to present the budget,” he said.

“Chinamasa has continuously presided over the looting of state resources and as labour we have taken a stance that he can not continue directing on the administration of the country’s resources,” he said.

Mutasa further insisted that President Emerson Mnangagwa also equally lacked the mandate to lead the country and the labour union does not recognise him.

“Emerson Dambudzo Mnangagwa does not have the mandate to run the country too,” said Mutasa.

He said that the labour union does not recognise the way Mnangagwa ascended to the presidency of the country.

Mutasa went further to call on Zimbabweans to reject the budget as it did not speak to the issues of the ordinary Zimbabwean but sort to please foreign powers.

“Chinamasa’s budget does not resonate to issues of the average Zimbabwe but speaks to the Americans and the British to come and reap into the country,” he said.

“We must come together as Zimbabweans and reject this budget collectively and tell Chinamasa to take his budget with him to the Americans,” he said.

“This budget does not speak to the issues of the poor people of Zimbabwe, it does not address the need of moving the informal sector to formal and create employment of ordinary Zimbabweans in the streets,” said Mutasa.

About four hundred delegates from the country’s civil society and churches attended the one day indaba which analysed the 2018 budget in order to present a civil society position paper to Chinamasa and Mnangagwa on the budget.