Chinese to evict scores of villagers

Source: Chinese to evict scores of villagers – The Standard April 28, 2019 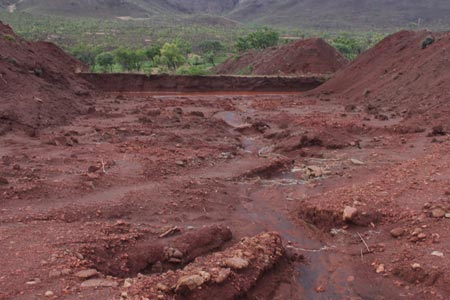 SCORES of villagers from Domboshava near Harare face eviction after a Chinese quarry miner took over a mountain in the area where it intends to start mining operations, it has been revealed.

Information, Publicity and Broadcasting Services deputy minister Energy Mutodi, who is also the MP for the area, put the number of affected people at 20 000, but the figure could not be independently verified.

The villagers said they suspected that the deal between the Chinese investor China Aihua Jianye, which reportedly intends to invest over US$500 million was mired in corruption.

“Granting of mining rights is the prerogative of the Mines ministry and it’s unfortunate that MPs are not consulted prior to the granting of the rights,” Mutodi said in an interview.

“Once granted, the rights can be set aside by a court of law unless an amicable solution is reached between the company and the other aggrieved parties — in this case the Domboshava residents residing within the 5km radius from the mining site.”

The villagers fear that they might be evicted without any compensation and have vowed to resist the move.

“Something has to be done to stop this company from operating because we cannot be displaced at such a difficult time,” he said.

“What will happen to our children, especially those who will sit for exams this year?” said Tobias Arifadika from Mverechena.

The mountain is close to Mverechena business centre.

A meeting was held last Sunday by village heads and community members where they resolved to explore means of stopping the mine.