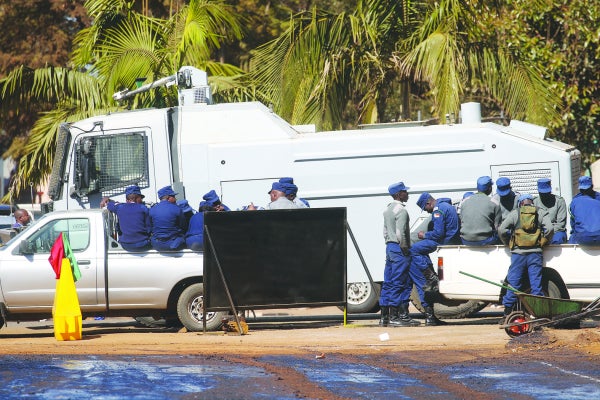 CHIREDZI residents have accused top local police officer Simangaliso Dube of double standards after she labelled their meetings “a national security threat” and banned them while allowing council to hold ward meetings.

“It is unfortunate that the police has suddenly become biased towards Chiredzi Town Council. Our organisation was formed in 2009 and since then we never had any problems with various Dispols who we worked with for more than 10 years. This is the first time that we are viewed as a security threat,” Dachi said.

“Furthermore our organisation is apolitical so we are left wondering how residents and ratepayers can be a national security threat. We deal with issues that affect residents, not political issues. Council should be answerable to their decisions.”

Contacted for comment yesterday, Dube insisted that public meetings would remain banned until Sunday next week, adding that residents were prohibited from carrying traditional weapons such as machetes and axes until March this year.

“Yes, we have banned all weapons and all the meetings because there is a national security threat,” said Dube.

When quizzed over the alleged selective application of the law, Dube made a volte-face and granted Uchirra permission to start holding their meetings from Monday next week.

National police spokesperson Assistant Commissioner Paul Nyathi said he was not aware that public meetings had been banned.

“There is no such thing as a national security threat at the moment. The country is currently enjoying peace. I am not aware of any threats or ban of the meetings,” Nyathi said.