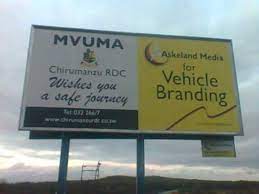 THE Chirumanzu chieftainship wrangle has taken a new twist with acting Chief Fidelis Mudzengi allegedly refusing to relinquish power in breach of an earlier agreement reached with the family last October.

Disgruntled family members have since engaged Mangwana and Partners law firm to force Mudzengi out and pave way for heir apparent Julius Chigegwe.

Family elders claimed that on October 30 last year, Mudzengi signed an agreement to step down at the end of his term on February 5 this year, but had since refused to relinquish power.

In a letter addressed to the national director for traditional leaders, Felix Chikovo dated August 19, the family lawyers implored government to appoint a substantive chief once an “opportune time” avails itself.

“We refer to the above matter (appointment of substantive Chief Chirumanzu), in which we represent the elders and heirs to the Chirumanzu chieftainship, kindly note our interest,” wrote the lawyers.

“Further reference is made to your telephone conversation with our Mr M P Mangwana on the same in which you confirmed that the ministry was seized with the matter and would be undertaking and initiating the appointment process once the current restrictions are uplifted.

“We write impressing upon your good office to attend to the same at the opportune time as clients eagerly await the matter to be concluded.”

Moyo is, however, yet to respond.

In a letter to Moyo, the elders accused both the Midlands and national chiefs’ councils of failing to resolve the dispute.

“The traditional leaders of our people in all the wards of Chirumanzu seek to petition the honourable July G Moyo, Minister of Local Government, Public Works and National Housing to help resolve the matter of delayed appointment of substantive chief following the expiration of the acting chief’s term according to the Constitution and law governing the chieftainship succession,” the elders said in a petition dated June 25.

The elders dismissed reports that the delay in the appointment of a new chief was caused by family squabbles.

They said despite writing to the provincial and national chiefs’ councils over the chieftainship on May 31 and June 10, respectively, the two councils had not responded.

“As elders and heirs to the chieftainship throne we organised ourselves for orderly succession and nominated the candidate, but the Midlands provincial chiefs council has refused to meet the family as mandated by the Constitution in favour of keeping the acting chief’s term beyond the maximum term limit of two years,” the elders added.