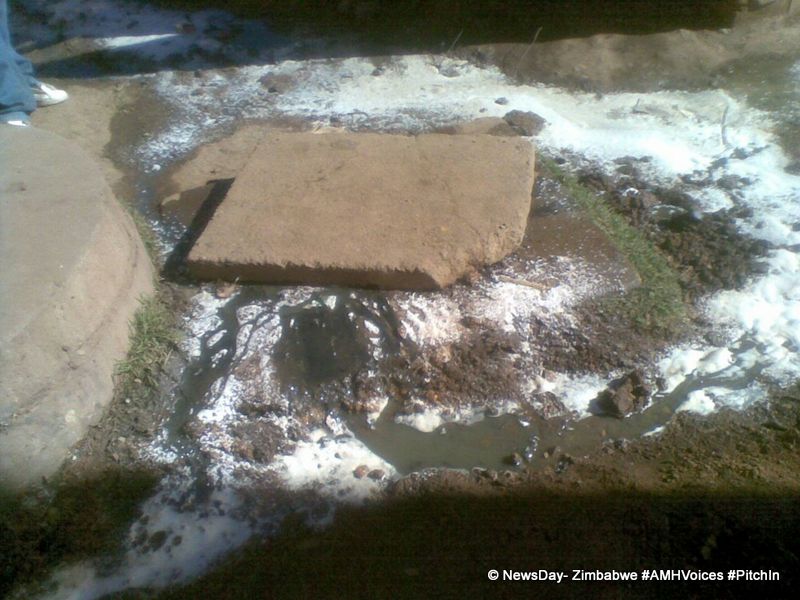 A STRONG stench engulfs the area as a stream of sewage water flows steadily in some defined path, pointing to the fact that this was not the first time it has happened and neither will it be the last.

Burst sewer pipes have become a common feature in most parts of Chitungwiza.

The residents go about their daily chores seemingly oblivious of the unwelcome guest in their community, but deep inside their hearts, they have a burning desire to have access to proper social services.

Stanley Mashonganyika, a resident of Chitungwiza Unit M, said sewer problems in the dormitory town have been stalking them for the past 25 years.

“I remember in 2008, sewage would be spilling over on that area (pointing to a burst sewer pipe). To some children, it is now a normal thing,” Mashonganyika said.

“Sewage problems are almost over 25 years old and it had never been easy, the situation worsened when land barons emerged.

“We are so afraid we don’t know whether we are going to survive because with the current situation in Chitungwiza, anything is possible, diseases like typhoid and cholera.”

Chitungwiza’s water comes from the City of Harare and has been supplemented by deep boreholes and shallow wells that can be easily contaminated by underground sewage, posing a health risk for the majority of the residents.

Mashonganyika added: “The council’s effort is paltry; I can say it’s just a drop in an ocean.

“Even if they attend to the problem, there is no difference, it can only save one or two households then the entire neighbourhood continues to have problems. Council officials come and repair pipes which are outdated, but because of the growth in population, the effort is insignificant.”

“The council should come on a routine basis to repair burst pipes. Sometimes if you report to the council, they tell you that they don’t have fuel and they don’t come.

“Council workers are demotivated because they are not properly paid. They come here and there and in some areas they don’t attend.”

“Residents are ever complaining, especially women because on a daily basis, children are also playing on flowing effluent.”

Council spokesperson Lovemore Meya said the local authority had put in place measures to deal with the situation.

“The reason why we have experienced sewer bursts is a result of low supplies of water because waste continuously piles up in the pipes,” Meya said.

“As a result, the pipes end up clogging the system when the waste gets dry and by the time that we get favourable supplies, bursts start to be experienced,” Meya said.

“So far, as a short-term measure, we are trying to solve such problems through our reaction team.

“However, the long-term process is that we are working on rehabilitation of the sewer infrastructure which is aged through an African Development Bank funding that has been availed to us specifically for the problem.

“In addition, we also have devolution funds that are coming in handy to assist address the situation and secure a permanent solution to the sewer problems.”