THE Chitungwiza Municipality has stopped the planned demolition of some property after Zimbabwe Lawyers for Human Rights (ZLHR) vigorously protested against the local authority’s cruel actions. 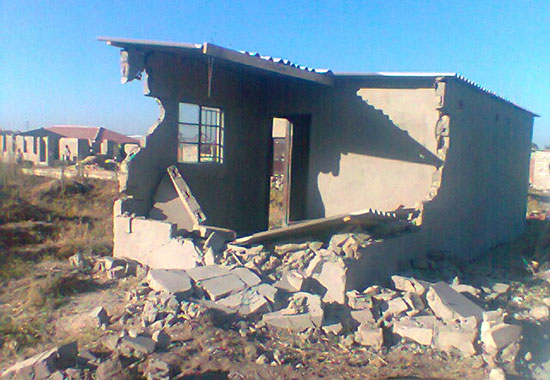 Chitungwiza Municipality Acting Town Clerk Evangelista Machona had on
30 December 2021 issued a Demolition Order stating that the local
authority would on 2 January 2022 start demolishing some “buildings
and durawalls” at Town Centre Unit D Shopping Centre, which it claims
had been built or erected without its approval.

This incensed Chitungwiza Residents Trust, which engaged Tinashe
Chinopfukutwa of ZLHR, who on 31 December 2021 wrote a letter to
Chitungwiza Municipality asking the local authority to withdraw its
Demolition Order as it was unlawful because it had not obtained a
court order authorising it to demolish the buildings and durawalls as
provided in Section 74 of the Constitution.

Chinopfukutwa also protested that the Demolition Order only made a
blanket reference to Town Centre Unit D Shopping Centre and did not
identify the individual stand numbers and properties targeted for
demolition making it difficult for residents to ascertain if they are
covered by the Demolition Order or not.

The human rights lawyer said the Demolition Order did not comply with
provisions of Section 32 of the Regional, Town and Country Planning
Act and the Administrative Justice Act and he also reminded
Chitungwiza Municipality that there is a pending provisional order
granted by Justice Edith Mushore on 10 June 2021 staying demolitions
of all homes, durawalls and informal traders’ structures.

Chinopfukutwa warned Chitungwiza Municipality that he would approach
the High Court seeking an order for contempt of court and other
appropriate relief in the event that the local authority decided to
proceed with the demolitions.

In response, on Monday 3 January 2022, Machona wrote a letter to
Chinopfukutwa advising him that “no demolitions shall be executed in
compliance” with the Demolition Order and that “demolition of illegal
structures shall be executed subject to the provisions of the
Constitution and the Regional, Town and Country Planning Act.

Over the years, ZLHR has intervened on several occasions to save
residents of Chitungwiza after the local authority would have
threatened to demolish their properties