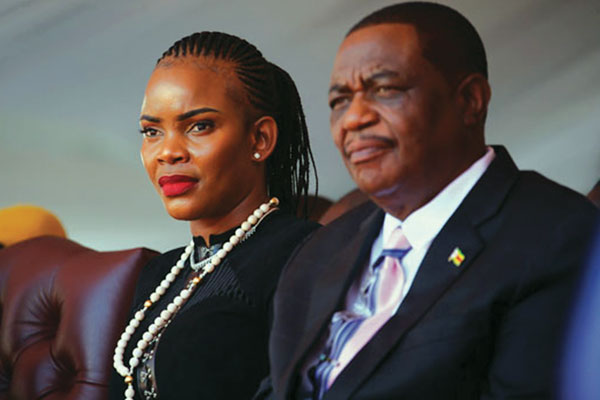 BY DESMOND CHINGARAND
THE High Court is set to make a determination on the sharing of property belonging to Vice President Constantino Chiwenga and his estranged wife, Mary Mubaiwa.

This is after Justice Owen Tagu postponed the matter to July 1 to allow Chiwenga and Mubaiwa’s lawyers to file heads of arguments.

Mubaiwa appeared in person in court while the applicant’s counsel, advocate Lewis Uriri said Chiwenga could not make it as he was attending the funeral of late hero, Sydney Bhebhe at the National Heroes Acre on Monday.

Mubaiwa’s lawyer, Beatrice Mutetwa asked for permission to file heads of argument to include the interests of the couple’s children.

“I have discussed with my learned friend that the reason for the joinder is because the beneficiaries in that part are minor children whose interests need to be separately protected from those of their parents. One of those children has since attained majority status and may want to appoint his own lawyer to protect his interests,” Mtetwa said.

Mtetwa added: “Could I be allowed at least up to June 29 to file the heads of argument if the court agrees with that cause of action.”

Uriri however, tore into the defendant’s submission for a joinder saying that the rights of children were catered for by their guardians, according to the country’s constitution.

“It will be a new and novel proposition to say that in every divorce case the children of the marriage should have curators. That would undermine the constitutional requirement…and that will be taking away from the courts supervisory role with the uppermost guardian of children.”

Meanwhile, Mubaiwa also appeared before Harare magistrate Stanford Mambanje facing a separate charge of trying to kill Chiwenga. The matter was however postponed to July 6.

In February, the High Court ruled that Chiwenga terminated his marriage to Mubaiwa in 2019 by paying a traditional token of US$100 also known as gupuro in Shona.