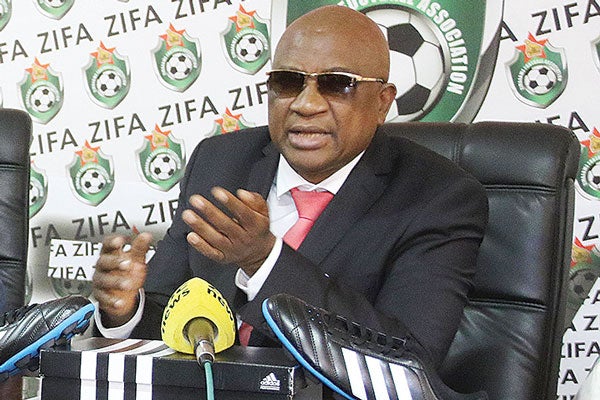 PRESSURE is mounting on former Zifa president Philip Chiyangwa as details continue to emerge on how he milked the coffers of the association and spoiling his friends, business associates and family, by taking them on trips around the world at the local football mother body’s cost.

NewsDay Sport has in recent weeks exposed how Chiyangwa could have embezzled thousands of dollars from the association through fraud and corruption, including the flamboyant businessman withdrawing US$30 000 from a nostro account, months after he had ceased to be an official, in addition to using Zifa money to fund his lavish birthday party in 2017.

This publication has also exposed how he leased the Zifa Village to one of his companies, Hansporte Investments to keep creditors at bay, an agreement which he allegedly later used to loot funds from the association.

Chiyangwa was the president of the association until last December when he was dislodged by Felton Kamambo in an election.

Zifa, through their lawyers Ngarava, Moyo and Chikono have since reported the flamboyant businessman to the Commercial Crimes Unit at Harare Central Police Station on these allegations and numerous others.

In response, Chiyangwa has written to the lawyers threatening to sue them for reporting the case on behalf of their client. He also accuses them of leaking information to the media.

NewsDay Sport has also gathered that the Zanu PF Zvimba South legislator has instructed his “police friends” to fish out those that are leaking information to this publication.

But as Chiyangwa runs around trying to plug the holes, NewsDay Sport has continued to receive more details on how he milked the association.

The latest information shows that Chiyangwa travelled on official business trips with non-Zifa officials, including business associates and friends on the association’s account. They would misrepresent themselves as Zifa officials.

Official documents show that Zifa, on May 13, 2017, bought air tickets for Chiyangwa’s friend Chamu Chiwanza and his employee Marshal Jonga for US$3 954 to travel to a Confederation of African Football (Caf) congress in Addis Ababa, Ethiopia. The two went on to misrepresent themselves as Zifa officials at the meeting.

Payment voucher shows that Zifa paid US$13 986 for air tickets for Chiyangwa for a trip to London, money that the association is trying to reclaim.

“Explain the basis of various trips you carried out with non-Zifa officials, including body guards, friends, wives and family on Zifa’s account and expense. Kindly furnish us with any board resolutions which may have authorised that,” Zifa wrote to Chiyangwa on September 2 this year. He did not respond.

Zifa also paid Chiyangwa’s lawyer Itai Ndudzo US$20 000 on November 16, 2018, money which was recorded “as trip funding” in the football mother body’s books. The payment was personally authorised by Chiyangwa.

Chiyangwa is refuting the allegations, claiming that he actually poured millions to keep the association running.

However, NewsDay Sport can reveal that the 2016 audit by Baker Tilly gave an adverse opinion and actually highlighted anomalies, including related party transactions.

An adverse opinion is a type of modified audit opinion expressed in the audit report of financial statements where auditors have obtained all-sufficient and appropriate audit evidence and concluded that there are material misstatements. The audit, on page 27, captured several payments to Hansporte and rent payments to Kilima Invetments, two companies that are linked to Chiyangwa.

Former Zifa vice-president Omega Sibanda, who worked closely with Chiyangwa, was quoted in the media this week questioning the timing of the allegations. He did not, however, say whether his former boss embezzled funds or not. A former Zifa executive member, who spoke to NewsDay Sport on condition on anonymity, has validated the information which we have been publishing, and called for the police to arrest Chiyangwa.

“The question is why Chiyangwa is not answering specific issues on the reported cases. Was his birthday sponsored by Zifa? Did he convert Chivhayo (Wicknell) cars to own use? Did he used to travel on Zifa account with his cronies like Chiwanza, Jonga and his security? Did he give his companies deals to do business with Zifa? These are simple questions which need answers instead of questioning the timing of the allegations, or whether the audits were adopted by the assembly or not. Remember this guy (Chiyangwa) was a master of victimisation,” the former board member said.

During his tenure, Chiyangwa fired the late Edzai Kasinauyo and Peter Dube from the Zifa board. Takaendesa Jongwe (late) was also fired from his position as Zifa technical director.

“Anyone who dared to stand in Chiyangwa’s way was dealt with ruthlessly, hence everyone would comply with his directives,” added the former executive member.