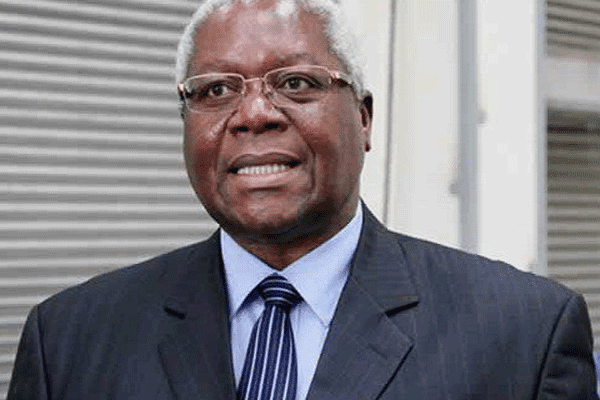 AILING former Finance minister Ignatius Chombo, whose passport was recently seized by a State security agent at the Robert Gabriel Mugabe International Airport as he sought to fly to South Africa for a medical review, has petitioned the Supreme Court seeking an order to compel a Harare Magistrates’ Courts clerk to release his travel document, to enable him to proceed with his travel arrangements.

The former Cabinet minister’s passport was seized last month and handed back to the Harare Magistrates Courts under unclear circumstances. Chombo was about to check-in into- a South African-bound Fastjet airline when the passport was seized.

In his affidavit through his lawyer, Lovemore Madhuku, Chombo said his earlier application to the High Court was dismissed by Justice Nyaradzo Priscilla Munangati-Manongwa despite the fact that she did not make a determination that his travel document was unlawfully taken away from him.

Justice Munangati-Manongwa ordered Chombo to go back to the lower court and exhaust all alternative remedies, including filing for contempt of court charges against the clerk of court
who is alleged to have refused to release his passport despite an extant order.

“As the judgment of the court aquo (High Court) makes it clear, there is no factual dispute regarding the following; that the passport was unlawfully taken away from me (Chombo) by a State agent; that it was handed back to the first respondent (clerk of court) and that the first respondent is refusing to release it to me in accordance with the order of May 10, 2019,” he said.

The former minister further said he was now worried that if the passport was not released on time, he would miss his medical review dates and above all, the date upon which the court ordered the return of the same passport would be due with him not having utilised it.

“I fear for my health. I feel it every day that is passing that my health is deteriorating. At my age, these routine medical reviews are a source of strength.” The matter is pending.