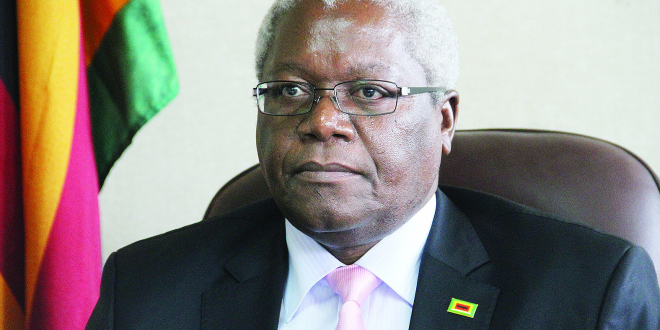 A HARARE magistrate yesterday deferred bail ruling on ex-Cabinet minister Ignatius Chombo to today, saying he had not finished writing the ruling.

Chombo, who is facing six counts of criminal abuse of office and fraud, was arrested on Monday and appeared before regional magistrate Stanford Mambanje on Wednesday, where an application for bail was done.

The former Local Government minister stands accused of swindling the State after he allegedly directed several housing co-operatives between 2000 and 2015 to remit money and rates into his personal Agribank bank account, instead of government coffers.

Most of the allegations being faced by Chombo arise from the Justice Tendai Uchena-led Land Commission findings on sale of State land.
Chombo is represented by Lovemore Madhuku, Tungamirai Muganhiri and Munyaradzi Bwanya.

The ex-minister, through his lawyers, filed a notice to challenge his arrest, unlawful detention and placement on remand.

For the State, Charles Muchemwa and Ephraim Zinyandu opposed bail, saying Chombo committed a serious offence and should not be released since they feared he would interfere with State witnesses.

Investigations officer Maxwell Gudoricharima further told the court that Chombo opened a personal bank account into which co-operatives around the country deposited various amounts of money, instead of directing the money into government bank accounts.

“The arrest emanated from the Commission of Inquiry (into sale of State land) by Justice (Tendai) Uchena. The accused opened a bank account with the name Ignatius Chombo Housing Co-operatives, where several housing co-operatives remitted money for his personal use,” Gudoricharima said.

It is alleged Chombo misrepresented to beneficiaries that if they contributed the money, he would allocate them stands at several farms in and around Harare.
The investigations officer said they were still investigating the matter as the Special Anti-Corruption Unit.