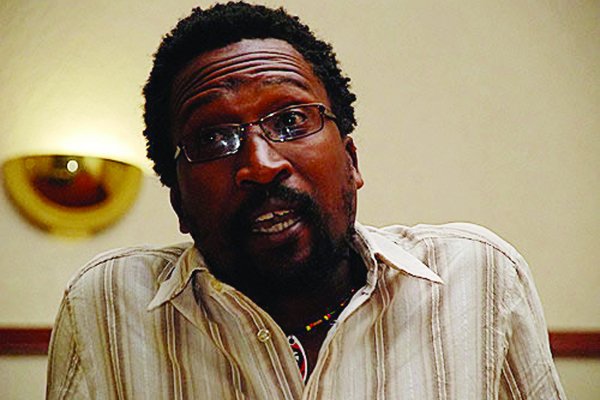 At one time, a Zambian comrade told me that their then new Constitution had declared that theirs was officially a Christian country.

I did not panic, but I was abstractly concerned. I asked myself what it would all eventually come to mean, and how would future generations of Zambians come to view it. This was because it was and appeared to be final, at least legally and with protections for the freedom of religion.

This was circa 1996 and to the best of my knowledge, the constitution of Zambia has not changed, at least in that regard.

Zimbabwe’s own political processes that led to a new Constitution being signed into law by former President Robert Mugabe in 2013 avoided declaring the country a Christian one, this despite some active campaigns by some church leaders that it be officially declared one. That policy advocacy failure did not, however, stop its citizens from remaining exceedingly Christian. And it was beyond the purview of the law.

What was guaranteed was the freedom of worship, and that remains a good thing unless, of course you are a traditional spirit medium or what is then referred to in our statute books as ‘animist religions’.

There the freedom of religion is a bit more limited and derided as being irrational, largely as a legacy of colonialism but also because it is how many Zimbabweans view it.

Hence, a majority of our contemporary politicians have a strong Christian religious background. Or if not, they will probably join one Christian church or the other for expedient or genuinely religious, but in the end political purposes, regardless of how some of their own personal backgrounds are clearly to be found in non-religious activities.

This is important to mention, primarily because the Zimbabwean Christian community has decided to weigh in on our national politics. Both as arbiter and enabler, again, both historically and in the contemporary. The historical dimension being the ambiguous role played by the formal Christian church in our struggles for national liberation against colonialism (education and support to the liberation armies).

In the contemporary and quite recently so, the Zimbabwe Council of Churches (ZCC) held a ‘national dialogue’ symposium with political parties, ostensibly to build a new national discourse on peace and tolerance, and that’s the arbiter part.

The ZCC is persuaded that in the name of God, in whom both the serving President and his arch nemesis in the opposition are firm believers, it could heal the nation, or at least bring the country back to a normalcy that it is yet to define. And that is a good thing, though it should not be beyond secular reproach.

The ZCC and its members or affiliates were reported in the media as having, at that meeting, ‘lashed out’ at the main political leaders in the country for not finding common ground for peace.

My personal persuasion is that it is always important to examine whether the ZCC is overreaching its mark and its mandate. Not least because it is becoming an important player in the realm of the secular.

The involvement of the Christian side of the church is based on the fact that a majority of Zimbabweans claim the same as their own religion. And in any event, Christians remain the most organised (nationally and locally) of Zimbabweans, both in relations to their faith as well as their ability; once in agreement, to be mobilised to a specific political cause.

In both cases, the Christian church is quite persuadable, not least because of its historical proximity to the colonial and post-independence State, but also more conveniently because our contemporary political leaders are heavily reliant on its endorsement for some form of popular political legitimacy and more importantly, support.
Quite significantly, the Christian missionary ethos of an ideological social justice cause in the colonial past and its post- independence narrative is now somewhat lost, mainly because the church appears less liberatory as it was in the past. It is essentially a part of the establishment, and where it tries to be somewhat different, it will eventually pick a side. And that again, is most likely to be the establishment of the day, but with relative caution that takes into account many things such as the protection of its material capital in the form of land, capital investments in institutions such as universities, banks, media, schools and hospitals. And possibly residential stands.

It all makes for a very awkward arrangement between what is assumed to be the secular State and the Christian church, and arrangement that suits both.

Those that would lead the State get political support. Those that lead the Christian church then get capital ( stands, educational stands and financial capital with tax exemptions), a situation that may lead to a term of office being perpetual.

So, why would the Christian church not be politically influential in Zimbabwe’s context? It is historical. It can be in the contemporary. It may also be in the foreseeable future.

The only dilemma it faces is that it is already at the precipice of attempting that which it will eventually be unable to control. Bibles in hand, with its attempts at ‘national dialogue’, it is oblivious as to its own history under the aegis of Robert Mugabe and Ian Smith, controversial as both historical narratives were.

And that’s its ambiguous side that is little talked about, largely because the Christian church is perceived as liberatory. Church leaders that supported liberation and those that countered it were aplenty, both as redemptory to the then ‘natives’ as well as in order to keep them under control, a situation which changed with the increasing success of the liberation struggle. The church, for example, under Catholic Bishop Lamont quickly learnt how to challenge a repressive State. (Never mind the fact that Lamont was deported and the church carried on via the increasingly important Catholic Commission for Justice and Peace), or the African Pentecostal churches of, for example, the Zion Christian Church and the Assemblies of the Family of God.

In the contemporary scheme of things, however, the church would be unable to explain runaway political violence from those it either sought to bring together or in the final analysis, gave partisan and ‘spiritual’ support or guidance. And it may eventually be unable to explain its role in a crass neoliberalism that will lead many Zimbabweans to poverty in the name of ‘austerity for prosperity’ as announced by government.

But then again, it’s all about faith, with a word of caution as to how that same said ‘faith’ can be partisan and convenient; all at the same time, either to get state capital or (tax) reprieves.

I am, however, of the personal view that the attempt at some form of ‘national dialogue’ remains worth it in our Zimbabwean context. It is understandable, given the fact that a majority of us Zimbabweans are Christian believers, and popularly so. A key consideration, however, remains that the Christian church should know the import of its impact and limits on what would be ‘secular’. After all, it remains colonial in its import to Zimbabwe, together with its influence on the country’s perceptions of modernity/austerity or the current ruling party’s modernisation/stabilisation neoliberal programmes. It would be advisable, for now, that the majority Christian churches proceed with extreme caution, unless it is completely certain it can solve the problems it has interpreted, in the political/secular realm.