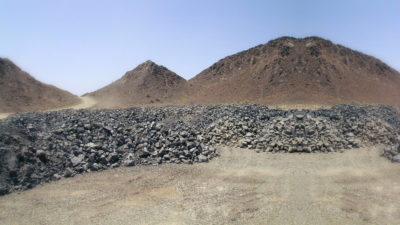 THREE Zimbabweans and a South African national have been arrested in the neighbouring country for illegal chrome mining.

Police confiscated three truckloads of raw chrome found in their possession suspected to have been smuggled from Zimbabwe.

They were all remanded in custody to next week when their bail hearing is expected to start.

According to Limpopo Province police spokesperson Brigadier Motlafela Mojapelo, the four were spotted on the R37 Road of the Apel policing area in those trucks.