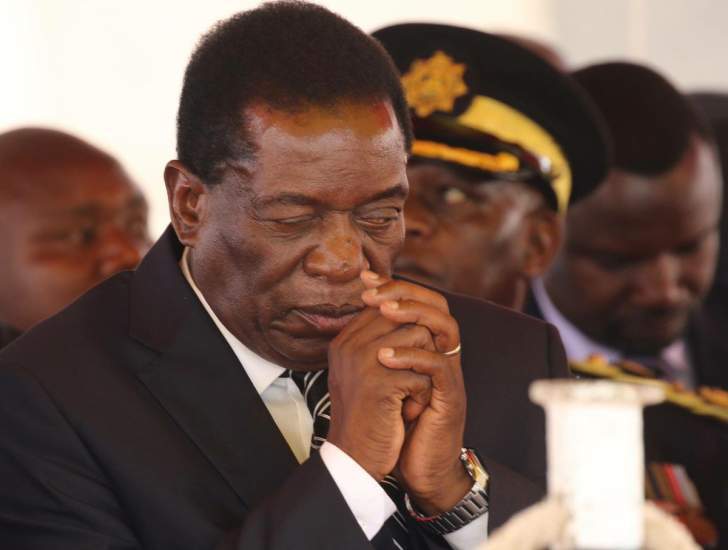 BY NQOBANI NDLOVU
CHURCH leaders have called for the establishment of an international re-engagement forum on Zimbabwe while dismissing President Emmerson Mnangagwa’s re-engagement drive as secretive and not citizen-centred.

The clergy under the banner, the Zimbabwe Heads of Christian Denominations (ZHOCD), made the call on Friday during a briefing with visiting United Nations special rapporteur Alena Douhan, who is on a 10-day visit to probe the impact of targeted sanctions on Zimbabwe.

The ZHOCD urged Mnangagwa to address issues raised as conditions for the removal of the embargoes through a citizen-centred approach.

“One big challenge is that the sanctions conversation has excluded the participation of citizens. For this reason, we are grateful that in your fact-finding mission, you have decided to engage citizens,” ZHOCD said.

ZHOCD brings together four church mother bodies namely the Zimbabwe Council of Churches, the Zimbabwe Catholic Bishops’ Conference, the Evangelical Fellowship of Zimbabwe, and the Union of the Development of Apostolic Churches in Zimbabwe Africa.

“Real participation happens when an international re-engagement forum on Zimbabwe is established in which different citizens’ groups are involved,” the clergy added.

“Current re-engagement dialogues tend to be secretive and are not accessible to the public. This does not allow full citizen participation. We hope that this consultation you have started will also enable citizens’ voices to be heard and taken seriously.”

In 2017, upon assuming office, Mnangagwa pledged to roll out a reform agenda anchored on re-engagement to normalise relations with the West as well as multilateral financiers while also pushing for the removal of the sanctions.

Mnangagwa has hired international consultants in the re-engagement drive, but the West has stuck to its guns, insisting that sanctions will only be removed once government implements the reforms.

On Monday during the anti-sanctions day commemorations, the United States and the United Kingdom insisted on Mnangagwa implementing reforms, saying corruption, and not sanctions, was hurting the economy.