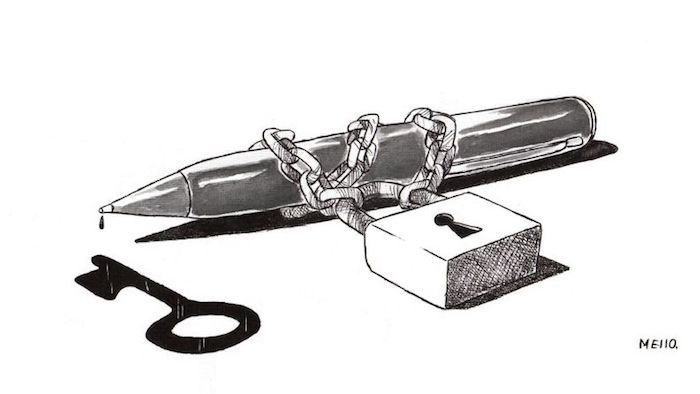 A Central Intelligence Organisation operative yesterday seized a freelance journalist’s press card before trying to escort the scribe out of a tent where first lady Auxillia Mnangagwa was commissioning a health facility.

The incident happened at Rosa Rural District Hospital in Chiweshe where the operative, who only identified himself as Muchena, pounced on Simbarashe Sithole.

He grabbed the journalist by the collar with the assistance of three other officers and threatened to “deal” with him.

Muchena accused Sithole of being stubborn before confiscating his press card. He said the reporter would collect his press card from Harare Central Police Station.

Mnangagwa, who hails from Chiweshe, helped to mobilise resources to refurbish the rural hospital with the assistance of Bhola Hardware.

She pledged to do the same for Kakora Primary School, which she attended.