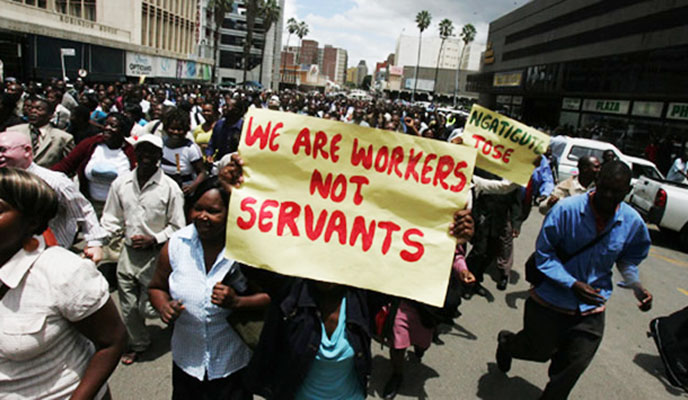 BY MIRIAM MANGWAYA
THE Zimbabwe Confederation of Public Sector Trade Unions (ZCPSTU) will today meet government officials for crunch talks over salaries as workers threaten to down tools citing incapacitation.

“While we can’t predict the outcome of the meeting, we are optimistic that the government will consider our demand,” Dzatsunga said.

“We have been receiving statements from government that they are very committed to addressing the concerns of the workers, so we expect it to honour its pledges today.”