APEX Council, the umbrella body which represents public sector workers, says it will press ahead with plans to launch a full-blown strike, as negotiations between government and workers unions have not yielded any results. 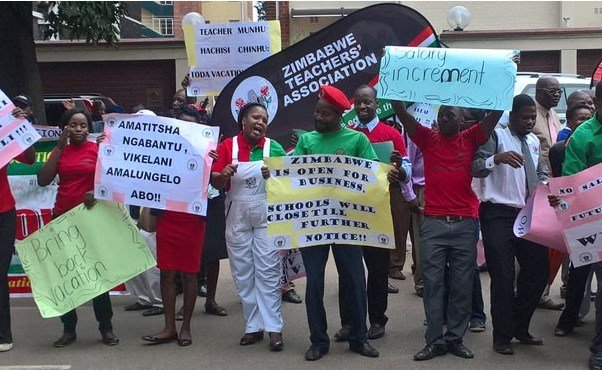 Civil servants, the majority of who earn an average of $500 per month, want their minimal wages to be increased to $1 700 to cushion them against the rising cost of living.

Civil Service Apex Council chairperson Cecilia Alexander told NewsDay yesterday that the civil servants would not go back on their demands. The Apex Council served notice of the impending collective job action in a letter to the Public Service Commission dated January 8, 2019.

“The reason for this step is premised on the incapacitation of our members and the failure by the government to address the same. The incapacitation comes in the wake of the erosion of our static salaries due to the sky rocketing cost of living,” the letter read in part.

Life is increasingly getting tough for ordinary workers in the southern African nation, as the economy continues to nosedive.

Prices have gone up more than three-fold over the last couple of months, though official figures put the inflation rate at 31%.

In the past month, the country’s health system has been in paralysis, as doctors downed tools in protest over poor working conditions.

Doctors and teachers are also demanding to be paid in United States dollars.

Economist John Robertson said the government could not afford to meet the civil servants’ demands.

“Civil servants have a great chance of getting hard times on their demands for the US dollars as it just cannot be met because US dollars are simply not in the country. This is an impossible request,” he said.

“I have overheard of a shutdown of some sort, if the government employees want to do that, I think the government will have every excuse to say that if you have chosen not to go to work, consider yourself dismissed.”

With a public sector estimated at 600 000 workers, government already spends $300 million on salaries every month.

Commenting on the same issue, Kipson Gundani, an economist, said the government should find a way of restoring the true value of civil service salaries.

“The issue is to restore the value of civil service salaries because even if the government can increase the civil servants salaries, it’s not a solution in the medium to long-term because it will cause a corresponding increase in prices, hence it’s not a sustainable measure,” he said.