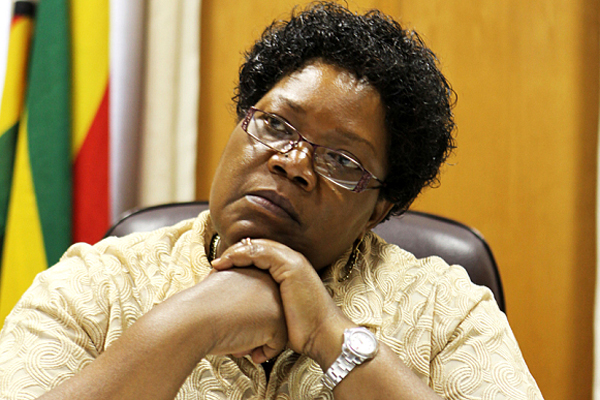 OPPOSITION National People’s Party (NPP) leader, Joice Mujuru yesterday said the government was not overstaffed as was being claimed by some sections of the ruling party, international financiers and other opposition parties.

The former Vice-President made the claims during the official launch of her party in Harare, where she pledged to retain the bloated government if she wins next year’s presidential elections.

“We believe calls to trim the civil service are not informed by the reality of service delivery on the ground. While there may be scope for rationalisation of the civil service, we don’t believe the government is overstaffed. Inability to pay should not be confused with overstaffing,” she said.

“The civil service has for long been viewed as the most stable employer at least until recently. Those offering credit will offer zero deposit facilities to civil servants reflecting the perceived low risk, but not anymore, as announcements of pay dates monthly has sadly become nothing to celebrate.”

Mujuru said NPP was still open to coalition negotiations and called for patience among her supporters.

“NPP, as a people-centred party, we believe that we have overstretched your patience, but remember we are from different parties with different backgrounds and negotiations seem to take a bit longer than anticipated. We are working on modalities for this grand coalition and I can assure you that this time you will cross to the promised land of flowing milk and honey.”

Mujuru also pledged to re-engage the international community, including the Commonwealth, as part of efforts to rebuild the economy and discard the controversial indigenisation law.

She said she was committed to the reconciliation agenda, reviving the economy, curbing corruption, repatriating stolen wealth by Zanu PF officials and respecting the rule of law and constitutionalism.

In his solidarity message, MDC-T leader, Morgan Tsvangirai, who received a standing ovation from the packed convention, said he agreed with Mujuru’s message and that the door was still open for coalition negotiations.

“I was listening to the proposals that you were making, Cde president, and I see no conflict with our ideals and values as MDC-T and so where is the problem? We cannot be divided on the basis of personality and if we agree that this is the direction we are going to face as a country, why don’t we put these efforts together?”

“Last week, we launched the MDC Alliance as a coalition of agreed parties. We said at the time we believe in the big tent, we believe in the unity of Zimbabwe and that 2018 is the only opportunity for the democratic opposition in this country to win power. NPP is not our enemy, Zanu PF is our enemy,” he said.

Other party leaders, who attended the inaugural convention, are Dumiso Dabengwa of Zapu, Jacob Ngarivhume of Transform Zimbabwe, Farai Mbira of Zimbabweans United for Democracy, Gilbert Dzikiti of Democratic Assembly for Restoration and Empowerment and Lucia Matibenga of the People’s Democratic Party.