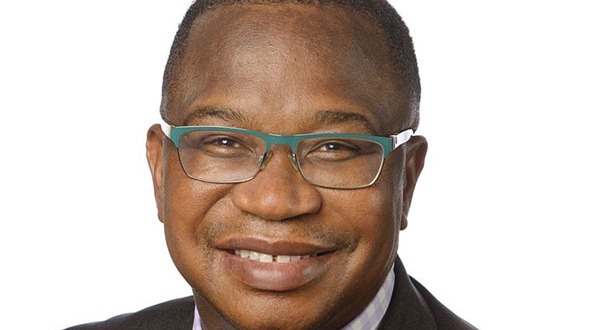 CIVIL society organisations have amplified their voices by demanding debt transparency and to know what the country’s US$18 billion debt was specifically acquired amid indications that ordinary Zimbabweans now have to pay heavily through taxes to service that debt.

Mahiya said just recently there had been a public outcry over the 2015 Reserve Bank of Zimbabwe Debt Assumption Act where government took over US$1,2 billion debts which are currently being paid by ordinary struggling people through taxes.

Lawyer and researcher Alex Magaisa recently exposed damning evidence of the beneficiaries of the farm mechanisation scheme, some of whom got as much as US$2 million through a loan facility, but never paid back the money.

“It is, therefore, important for members of the public to interrogate the debt situation in Zimbabwe and to know whether Parliament approved or disapproved the debt,” Mahiya said.

Zimcodd executive director Janet Zhou said it was also imperative to look at the social and economic justice perspective of the debt situation in Zimbabwe as it is hurting ordinary people.

Zhou said Zimbabwe had been in unsustainable debt levels since 2000 and has been borrowing from the domestic market where most of the creditors are pensioners as government could borrow from pension funds.

“We already know that our debt to gross domestic product (GDP) ratio is very high at 84% and compared to the size of our economy it is already an uncomfortable ratio,” Zhou said.

“Zimbabwe inherited a colonial debt of US$760 million which was mostly used to buy arms to finance the Rhodesian war. But even post-independence the country has been getting resources from the International Monetary Fund – and we know the impact of structural adjustment programs (ESAP) which affected the economy.”

Zhou said most of the debts can be classified as odious debts as they financed non-developmental programmes like buying arms for participation in the war in the Democratic Republic of Congo.

“From the domestic debt front, we saw a leap in debt from November 2017 which was US$4 billion to about US$9,5 billion in a period of nine months and the question is what was that domestic debt acquired for,” she said.

Currently, the Tendai Biti led Public Accounts Committee (PAC) is looking at the Financial Adjustments Bill where Ncube brought the US$9,5 billion for condonation (forgiveness) before Parliament.

But the PAC says that the amount of US$9,5 billion is actually an understatement as the amounts do not tally with those in Auditor-General Mildred Chiri’s audit which shows it is as much as US$10,6 billion was used.

Zhou said there was need to question ZAMCO loans and to find out who the beneficiaries of those loans are.

She said the benefits of debts are felt by those at the top echelons of power while poor Zimbabweans were paying for them.

“We need to look at the issue of politicizing the issue of debt because citizens are the ones that are told to tighten their belts yet we do not know how we got to the $18 billion debts in the first place.

We need classification of the debt so that we understand what it was for. We have a debt that has marginalised the social, economic, and developmental rights of the people of Zimbabwe.

Macdonal Lewanika from Accountability Lab Zimbabwe said there should be consistent disclosure of debt and what it was used for.

“We need to ask ourselves whether government is consistently and timely disclosing the debts and giving us information around those transactions as well as why the debt level has reached 84% of GDP yet it should be lower,” he said.

“If we have access to debt information, we can be in a better position to argue whether the state is accountable or not. The current debate on Magaisa’s article presents us with information and that is why we are able to demand that people should pay back the money because we now know who got the loans.”

Zimbabwe Congress of Trade Unions president Peter Mutasa said government and capitalists were greedy and looking at fattening their pockets at the expense of the public.

“There is clear evidence that much of the debt is not going to the people and has not developed the nation and is not going towards social services. We are in COVID-19 crisis and yet government cannot provide for social safety nets. We are still paying and suffering from the Willogate vehicle scandal and our children are still going to suffer for the ZAMCO debt, the Zesa debt and the RBZ debt,” Mutasa said.

African Parliamentarians Network against Corruption Zimbabwe charter chairperson Priscilla Misihairabwi-Mushonga said: “I have a problem with Africa because we are so angry with the current status quo that we are refusing to debate some issues that we are supposed to debate.”

Misihairabwi-Mushonga said the problem with Zimbabwe was that the State is being literally taken over by capitalists in the private sector.

“We are now dealing with issues of odious debt because we said we are now a capitalist country and have allowed the private sector to take over the state. Let us have a list of that odious debt and know how much odious debt was contributed by parastatals, for example. My problem with debt is that we have not been able to locate that the problem is ideological. My point is that as we look at the nexus between domestic debt and corruption, let us look at the time we moved and embraced capitalism as an ideology,” she said.

She said civil society can petition Parliament to demand access to information on debt and that the beneficiaries of those loans must pay back.

Chairperson of the Budget and Finance Portfolio Committee Felix Mhona said Parliament has been doing legislative oversight over the debt situation in the country and issuing committee reports which have revealed non-compliance to the country’s debt laws by government officials.

“The issue of the legal framework on debt is very clear, we have the tools as our arsenal but the problem is implementation. It is frustrating for us MPs because Parliament does its oversight role, but there is the issue of separation of powers. We do reports and proffer solutions and it ends there. I think it is a wake-up call for us to ensure our constitution gives more powers to Parliament to have arresting powers because we are limited to recommendations and it ends there,” Mhona said.