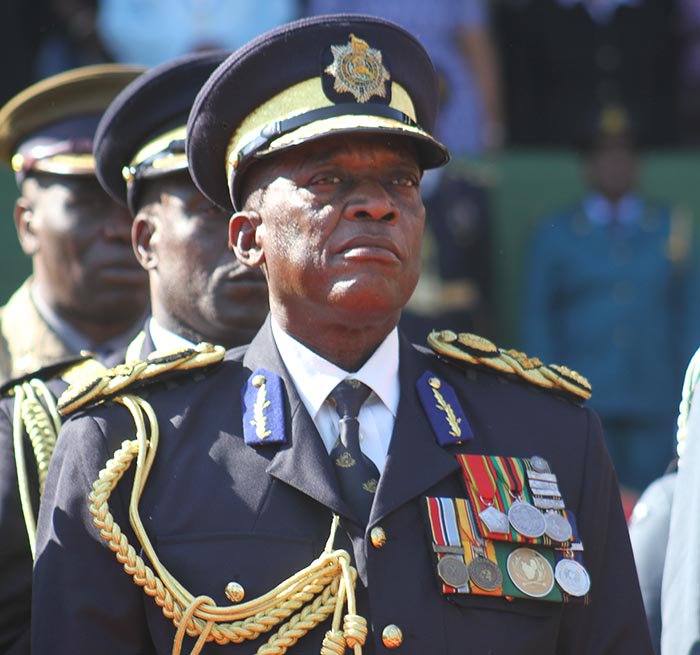 TENSIONs between the country’s security services this week intensified after the police reportedly attempted to arrest military chief General Constantino Chiwenga upon his return from an official visit to China, triggering a coup-like backlash on Wednesday. 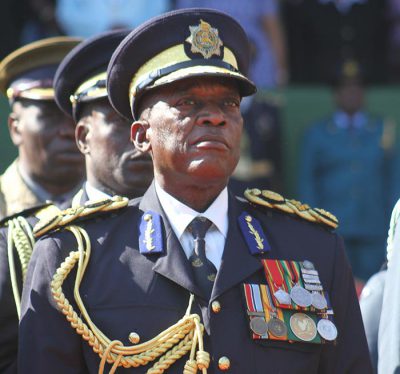 Security sources said professional relations between the police and the army have in recent months deteriorated, creating a rift between the security services.

A picture of police officers seated on the tarmac in front of Parliament Building went viral on social media on Wednesday.

Sources and eyewitness accounts show that some of the policemen stationed at Parliament were ordered to surrender to military rule, while other officers who were passing through the city centre were summoned by the soldiers and thoroughly assaulted.

“Around five in the morning, I saw two officers in town who appeared to be heading to work. One was from the Support Unit.

“Soldiers then called them to parliament and they were showered with claps for several hours. They joined other police officers who were frog marching at parliament,” an eyewitness said.

“To see police officers being treated like that really frightened me. I didn’t know whether civilians were still safe.”

A security services source told the Zimbabwe Independent that tensions between the police and army reached boiling point when members of the Support Unit — a paramilitary wing of the police — attempted to arrest Chiwenga upon arrival from China at the weekend.

He was rescued by members of the army’s Presidential Guard unit who had been deployed at the airport to secure his return.

“Relations between the police and the army are bad at the moment, save for Police Protection Unit officers at State House. Officers at Support Unit are at the receiving end now after they attempted to arrest the general,” a source said.

It is also understood that the military on Wednesday forcibly took control of the Support Unit camp and armoury at Chikurubi near Harare in an apparent show of strength.

The absence of Police Commissioner-General Augustine Chihuri at army headquarters on Monday when Chiwenga ordered Mugabe to stop purges of Zanu PF members mainly linked to ousted vice-president Emmerson Mnangagwa, the source said, also heightened suspicion between the police and the military.

Chihuri is widely seen as loyal to the G40 faction led by First Lady Grace Mugabe.

In a statement announcing the stepping in of the military to weed out “criminals” surrounding Mugabe, Major-General Sibusiso Moyo urged other security services to comply otherwise they would be met with appropriate response. The remarks were seen as a message to the police.

Chiwenga is widely seen as a strong ally of Mnangagwa who was unceremoniously dismissed last week, raising tensions within government. Mnangagwa was seen as a rival by the G40 faction, which was instrumental in the ouster of the former VP.

A few days after being fired and making a dramatic escape to prevent imminent arrest, Mnangagwa issued a statement saying he would return to take control of both Zanu PF and government.

“I will go nowhere. I will fight tooth and nail against those making a mockery of Zanu PF’s founding principles, ethos and values,” the former VP declared.

“You (Mugabe) and your cohorts will, instead, leave Zanu PF by the will of the people and this, we will do in the coming few weeks as Zimbabweans in general now require new and progressive leadership that is not resident in the past and refuses to accept change.”

A few months ago, soldiers from the Inkomo garrison near Harare clashed with police after police officers allegedly threw metal spikes at a truck carrying the troops.