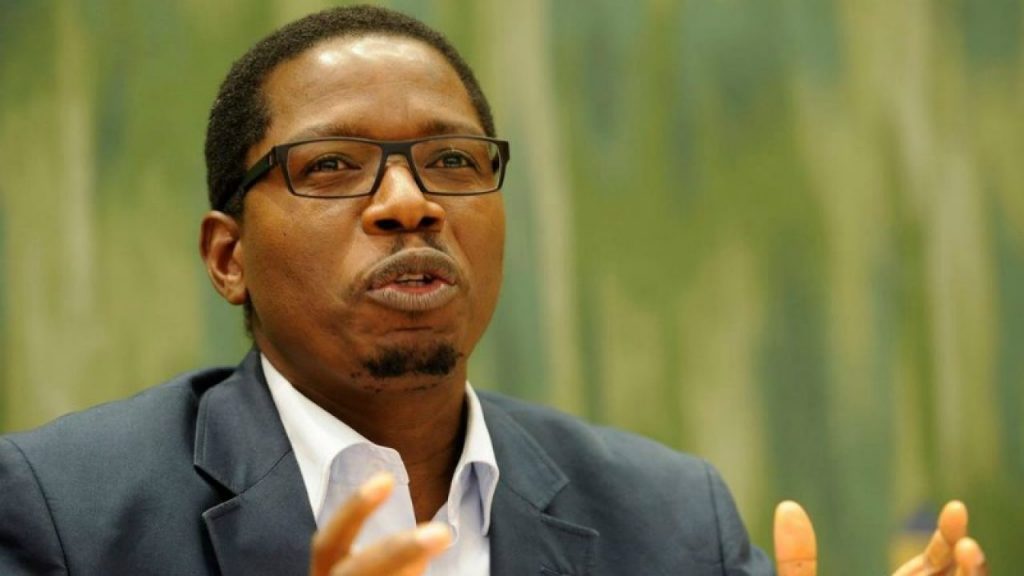 MANY of Zimbabwe’s top clerics will meet next week in a bid to help kick-start the much-talked about national dialogue involving President Emmerson Mnangagwa, the opposition and other key stakeholders — as efforts to resolve the country’s decades-long myriad challenges gather steam.

Speaking to the Daily News yesterday, the executive secretary of the Zimbabwe Heads of Christian Denominations (ZHOCD), Kenneth Mtata, pictured, confirmed the planned meeting next week — which will work out the modalities for stakeholder negotiations.

This comes after Mnangagwa, new opposition leader Douglas Mwonzora and Nelson Chamisa all recently signalled their preparedness to end Zimbabwe’s toxic politics of the past two decades, in the interest of the country and its long-suffering citizens.

Mtata said after their crucial meeting, the clerics converging under the ZHOCD banner would also seek to involve the regional Sadc bloc, in a bid to nudge Mnangagwa and the opposition to work together.

“The Zimbabwe Heads of Christian Denominations executive is meeting next week, on a date yet to be agreed on, and the issue of dialogue and the possibility of engaging Sadc are high on the agenda in view of the prevailing political climate in the country.

“The meeting will discuss how, as the Church, we can go about ensuring that the talks become a reality, rather than mere talk.

“This is because the position of the Church has not changed since we brought up this idea way back in 2016 … The challenges facing the country can only be resolved through a broad-based national dialogue.

“While I cannot pre-empt what will come out before the meeting has been held, we will have a definitive position next week after the ZHOCD executive meeting,” Mtata told the Daily News.

ZHOCD is made up of the leaders of most of the influential churches in the country, which include the Zimbabwe Catholic Bishops’ Conference (ZCBC), the Zimbabwe Council of Churches (ZCC) and the Evangelical Fellowship of Zimbabwe (EFZ).

On its part, the ZCBC said apart from being part of the  ZHOCD initiative, it was also working on a seperate process to help thaw the frosty relations between Mnangagwa and Chamisa — which stemmed from the disputed July 2018 election outcome.

“We have been working on bridging the gap between President Mnangagwa and Chamisa. We have, however, not been able to do much as of now because of the Covid-19 pandemic and its attendant restrictions on meetings.

“Given this reality (the parties’ latest apparent willingness to talk), we will probably have to ramp up our engagement through online forums,” ZCBC secretary-general, Frederick Chiromba, told the Daily News yesterday.

This comes after the outspoken leader of the Zimbabwe Divine Destiny church, Bishop Ancelimo Magaya, exhorted his colleagues earlier this week to utilise the thawing of relations between Mnangagwa and the opposition to push for national dialogue.

“While we have not been able to make headway in that direction, I can confidently say that the Church, given the latest indications, will be spurred into action and is going to take up the initiative through the ZHOCD.

“We are sure this will succeed as long as there is political will,” Magaya told the Daily News.

“We have had dialogues before involving Zanu and Zapu, MDC and Zanu PF which had their successes, but were short-lived because they did not involve the people … which is partly why we are here today,” he added.

The move by the Church comes as political analysts have suggested that the clergy would most likely be acceptable as mediators for the talks, if the leaders of the ruling Zanu PF and the MDC were not currently speaking in forked tongues on the urgent need for dialogue.

University of Zimbabwe political scientist, Eldred Masunungure, was among the analysts who told the Daily News this week that the Church needed to step in again to engage all key local stakeholders, as well as Sadc to kick-start the talks.

“It is encouraging that the protagonists are showing signs of willingness to engage. So, a combined effort of the Church and Sadc taking the lead in bringing the relevant parties to sit down should see us through as a country.

“The Church should initiate the talks because someone has to take the lead in shepherding the dialogue.

“They must approach the protagonists, as well as the Sadc region to set up the parameters for the talks, because on its own the Church may not have the necessary gravitas to tackle political organisations.

Stephen Chan, a professor of World Politics at the University of London’s School of Oriental and African Studies, said the much-discussed talks could be set in motion by an ice-breaking meeting involving Mnangagwa, Mwonzora and Chamisa on their own.

“In short, an ‘ice-breaker’ sort of meeting is required. The very early talks to end Apartheid in South Africa were exactly of this sort of informal, ice-breaking and confidential nature,” Chan told the Daily News earlier this week.