‘Climate change is a real issue within Zimbabwe, and it’s happening now’: how drought is affecting the country

Source: ‘Climate change is a real issue within Zimbabwe, and it’s happening now’: how drought is affecting the country | inews

‘The drought has struck 8.5 million people here, with over half of the population going hungry’ 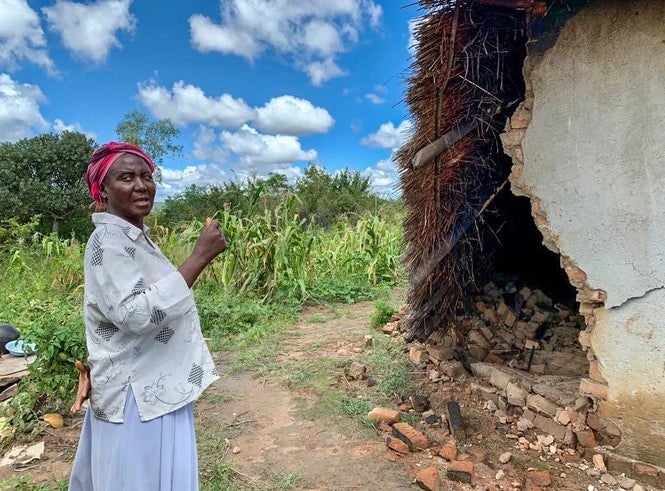 A woman stands by the remains of a building destroyed by Cyclone Idai (Photo: Idzai Murimba/Tearfund)

Earnest Maswera is the charity Tearfund’s country director in Zimbabwe. In his role, he is assisting those affected by the southern African drought, which has affected at least 8.5 million people in his country alone.

That half do not have access to proper food at this moment in time. The drought has struck 8.5 million people, with over half of the population going hungry. In southern Africa, a record 45 million people are in desperate need of food. According to local newspaper NewsDay, we have less than a month’s supply of food left.

The drought has been compounded by economic issues. More than three-quarters of the population do not have formal jobs, and because of this, they don’t have the money to buy the basics of survival, like food. Basic necessities are not making it to the table.

Over half of the population going hungry

Current climate changes are underestimated, and they are current and they are compounding this situation. Last year, Zimbabwe was struck by Cyclone Idai, alongside Mozambique and Malawi. 1300 people died, and more than 555 people died in my home country. All of these issues, added to the draught, have put us in a very difficult situation. 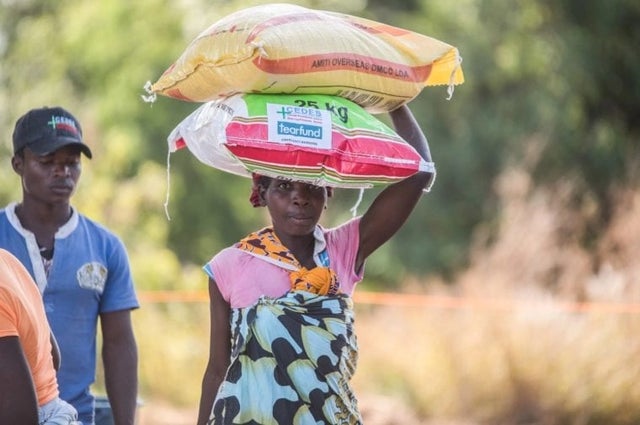 One lady I have been helping is named Esther. Esther has HIV, and needs to take ARV medication to treat her illness. Eating a good, calorific diet while taking ARVs is essential, and without any food, the side effects of the drugs increase. It can be as little as a headache, but after a while, the drugs make you feel incredibly hungry, causing stomach pain, dizziness, shivers or tremors, loss of energy, fainting, sweating, and a rapid heartbeat. Some people stop taking the drugs because the pain gets too much.

Esther takes ARVs, but she has been struggling. She lost most of her stuff during the cyclone, but because of the crisis, she doesn’t have regular access to food, or any belongings. Esther’s food was washed away in the natural disaster. Her goods were washed away. Now, in my role, I’ve been able to show her basic farming techniques, which means she won’t just depend on emergency supplies, but will be able to grow a crop on her own. It is a technique that are beginning to pull people from a difficult situation.

‘People are waiting up to four hours to buy food’

But farming isn’t as productive as it used to be. It’s a real struggle. Years ago when I was a boy, with one piece of land, we could produce 30-50 bags of maize. Now, we can only produce 1-2 bags with the same sized plot. There are changes that are happening and they cannot be ignored. 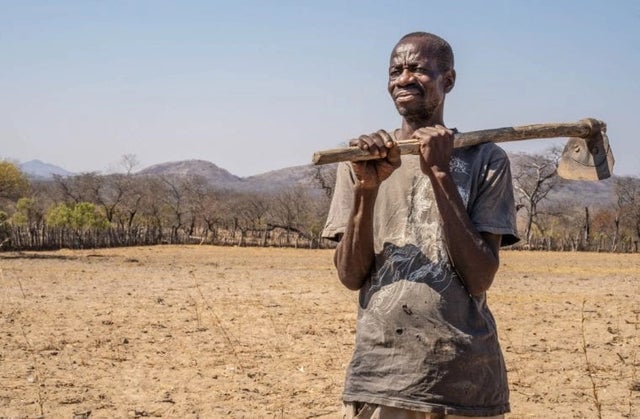 Mtshale Nyoni stands at his now barren farm which he describes as a semi-arid desert (Photo: David Mutua/Tearfund)

If we were to draw the same parallel in an urban area, people are currently waiting up to four hours in queues to buy food. When a lot of business, trading and markets, relies on a car to get around and as a space to sell, a lot of people are struck in a difficult place. They can’t stay that long and lose out on business, otherwise they can’t buy the food, but they won’t be able to eat again if they don’t drum up business.

Food prices are going up by the day. The rising prices make it even harder for people to access food. And when it all falls down, and people start to get hungry, and starving, they can’t afford to see a doctor, never-mind find one, because they’re not available. We’ve lost a lot of people because there haven’t been doctors available. Unless you have the money for a private clinic, it can feel like you’re on your own.

‘There’s so much pressure on the land’

I’m grateful of some of the innovations Tearfund is implementing. I think there is a saying that if you give someone fish, they will come back for the fish. If you give them a rod, they will get a fish, and If they own a pond, and a line, you are providing them a more sustainable way of living. They are able to put food on the table, get an education, and access basic care.

Climate change is a real issue within Zimbabwe, and it’s happening now. Cyclone Idai is not a phenomenon, but it’s different. Cyclones usually occur in the area on a very small scale. But now, more than 1000 people are dying from these natural disasters.

When I was a boy, my school was 3-4km away from home. I couldn’t see my school, because there were so many trees en route. But today, walking the same path, you can count 2-3 trees – most of them have been cut. Now I can see the building as clear as day from my own home. People need firewood, so they’ve cut the trees down, and need to sell them to get an income. There’s so much pressure on the land. These are changes taking place over the years, and we’re visibly seeing the impact the deforestation. 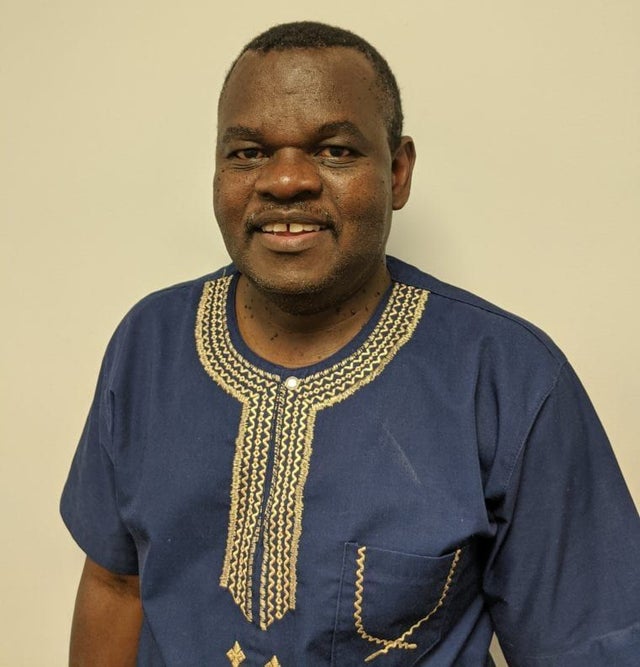 In some communities, we are already beginning to promote the planting of trees. They take care of one tree, one tree per church member. I don’t know how many trees we can replant, but on average, 62 per cent of Zimbabweans attend church. A church is present in communities, almost in every community. If we begin to promote and scale these initiatives, we can gain ground against climate change.

And when we gain ground, we will be able to against this life-threatening emergency and push back.