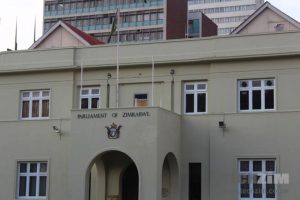 On the 26th June the Permanent Secretary in the Ministry of Information announced that all mobile money transactions and trading on the Zimbabwe Stock Exchange (ZSE) had been suspended with immediate effect.  The reason for the suspension, to quote his picturesque language, was:

“to deal with malpractices, criminality and economic sabotage perpetuated by the wolves in sheep skins amongst our population.”

These suspensions, if implemented, would have brought almost all business to a halt throughout the country.  Fortunately they were not fully implemented.  The next day the Governor of the Reserve Bank issued a statement saying that some mobile money transactions would be allowed to continue, namely payments of up to ZW $5 000 a day for goods and services and for utilities such as water, electricity and airtime.  However, the suspension of all trading on the ZSE remained in force.

Neither the Secretary for Information nor the Governor of the Reserve Bank indicated precisely who had imposed the suspensions nor the law under which they had been imposed.  One newspaper reported that the Government had gazetted a statutory instrument to back up the suspensions;  it went so far as to say:

“According to the new gazette ‒ whose exact publication date has not been confirmed ‒ any person who contravenes the regulations shall be guilty of an offence and liable to a fine or imprisonment for a period not exceeding six months, or to both.”

To date, however, no such statutory instrument has been promulgated.  The only new development is that the Reserve Bank issued a directive on the 9th July ordering all mobile money payment systems to link their services to ZimSwitch, the recognised national payment system, by the 15th August.

Suspension of Trading on the ZSE

Manifestly that procedure was not followed in this case ‒ the suspension came like a bolt from the blue, without any preceding investigation, and the Securities and Exchange Commission did not order or instigate it.

The rules of the ZSE allow the ZSE board to suspend the listing of shares and to halt dealings in shares, but this power cannot be used to shut down the entire exchange.  In any event, no one has suggested that the board initiated the suspension announced by the Secretary for Information.

There is no other law that allows the Government or any other entity to suspend all dealings on the ZSE.

Mobile money payment systems ‒ i.e. systems which enable money transfers and payments to be made electronically by smartphone ‒ are governed primarily by the Banking (Money Transmission, Mobile Banking and Mobile Money Interoperability) Regulations, 2020 (SI 80 of 2020) [link], which were published on the 27th March this year.

Under section 3 of the regulations, “mobile money providers” [the term is not defined but presumably covers mobile bankers] must:

Presumably all the mobile bankers have complied with these requirements.

The regulations go on to lay down conditions under which mobile banking services can be provided:  for example, mobile bankers must be connected to a national payment switch, must ensure inter-operability with other similar services, must keep proper bank accounts, must provide the Reserve Bank with periodic returns, and so on.  If a mobile banker does not comply with any of these conditions, the Reserve Bank can impose a “civil penalty order” on the defaulting banker and, in addition, withdraw the banker’s recognition under the National Payment Systems Act [link].  In both cases the defaulting banker must be given an opportunity to dispute the action to be taken by the Reserve Bank:

These provisions make the obvious point that before the Reserve Bank can take action against a defaulting banker it has to observe due process, i.e. it must notify the banker of the action it intends to take and give the banker a reasonable opportunity to explain itself.

In any event, there is no provision in the legislation for the Reserve Bank to shut down all mobile bankers, or even to restrict their activities without notice.

The Government’s suspension of all trading on the ZSE, and the suspension of mobile banking transactions, was not done in terms of any law and was carried out with no regard whatever to due process and fairness.  The Government itself seems to have recognised this, albeit impliedly, because no officer or institution has claimed responsibility for the suspensions and no one has suggested a law under which they were imposed.

It cannot be emphasised too strongly that the Government has no inherent powers to act outside the law:  everyone, including government officers and institutions, are subject to the law and must act in accordance with the law.  This is inherent in the rule of law and is laid down in section 2(2) of the Constitution:

“The obligations imposed by this Constitution are binding on every person, natural or juristic, including the State and all executive, legislative and judicial institutions and agencies of government at every level, and must be fulfilled by them.”

“Zimbabwe is founded on respect for the following values and principles –

(a) supremacy of the Constitution;

By disregarding the law so blatantly the Government has shown the hollowness of any claim that Zimbabwe is a constitutional state which respects the rule of law.

The Stock Exchange and mobile banking are two basic pillars of business in Zimbabwe.  The mantra that “Zimbabwe is open for business” has no meaning if the Government fails to observe the laws by which Zimbabwe’s business is regulated.