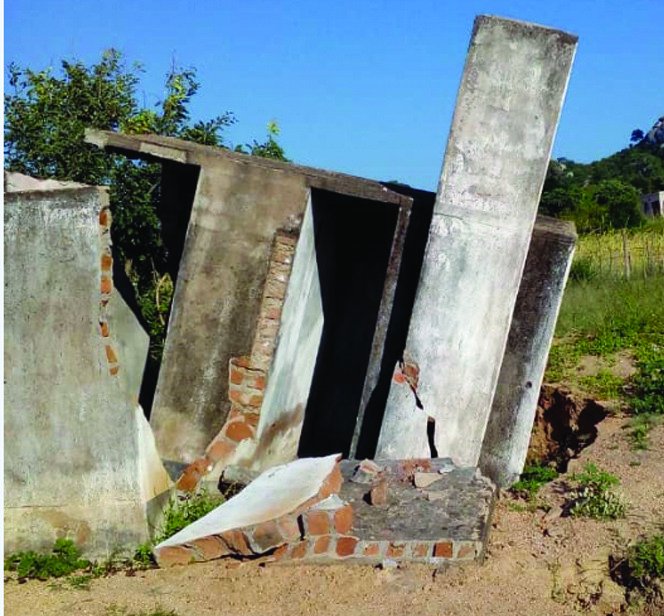 CYCLONE Idai left a trail of destruction, loss of human and livestock life and washed away bridges in the Eastern Highlands, particularly Chimanimani and Chipinge, but Bikita had to contend with its own unique set of problems that have left villagers vulnerable to waterborne diseases.

Several pit latrines collapsed at schools, shopping centres and in villages, leaving most of the population around Chikuku and Mutsinzwa resorting to the bush system following the flooding caused by Cyclone Idai mid-last month.

Soon after the floods, some teachers were forced to use buckets as toilets and dispose excreta in bushes after the pit latrines collapsed due to the heavy rains that were accompanied by strong winds that also felled a number of houses. At Mutsinzwa Primary School, possibly the hardest-hit school, most toilets at the teachers’ cottages either collapsed or have huge cracks on their walls and floors.

Raw sewage was also flowing across the school near some classrooms from some of the flooded toilets, exposing the teachers and pupils to a health disaster.

At Chikuku business centre, some toilets suffered a similar fate, leaving villagers resorting to open defecation at the busy centre.