Over unlawful arrest and malicious prosecution for plotting civil disobedience 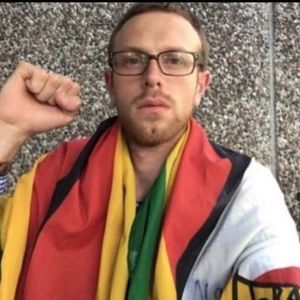 The five namely Douglas Coltart, a human rights lawyer, Amalgamated
Rural Teachers Union of Zimbabwe Secretary-General Robson Chere,
Jessica Drury, Munyaradzi Ndawana and Precious Ndlovu were arrested by
ZRP officers in April 2019 after they were allegedly caught in
possession of a book entitled “Pedagogy of the Oppressed” and charged
with participating in a gathering with intent to promote public
breaches of peace or bigotry as defined in section 37(1)(a) of the
Criminal Law (Codification and Reform) Act.

During trial which commenced on 19 August 2020, prosecutors claimed
that Coltart, Chere, Drury, Ndawana and Ndlovu plotted a rebellion by
gathering unlawfully at Zambezi Roots Lodge in Harare’s Greystone Park
suburb on 27 April 2019, where they held a training workshop to
strategise on ways of “spearheading a host of civil disobedience in
Zimbabwe.”

Prosecutors charged that some Zimbabwe Republic Police (ZRP) officers
who arrested Coltart, Chere, Drury, Ndawana and Ndlovu recovered some
material which were being used during the alleged training and which
included a book titled “Pedagogy of the Oppressed” authored by
Brazilian educator Paulo Freire, five paper sheets with various
messages, some crayons, assorted pens, a cup, point markers and sticky
notes among other materials.

But Coltart, Chere, Drury, Ndawana and Ndlovu, who were represented by
Beatrice Mtetwa of Zimbabwe Lawyers for Human Rights (ZLHR), were
acquitted at the close of the prosecution case after a Magistrate
ruled that prosecutors had failed during trial to establish a prima
facie case against the accused persons.

Coltart, Chere, Drury, Ndawana and Ndlovu, who are represented by
Tinashe Chinopfukutwa of ZLHR, are each demanding RTGS$2.5 million
from Kazembe, Matanga, NPA, Marwisa and Muroiwa.