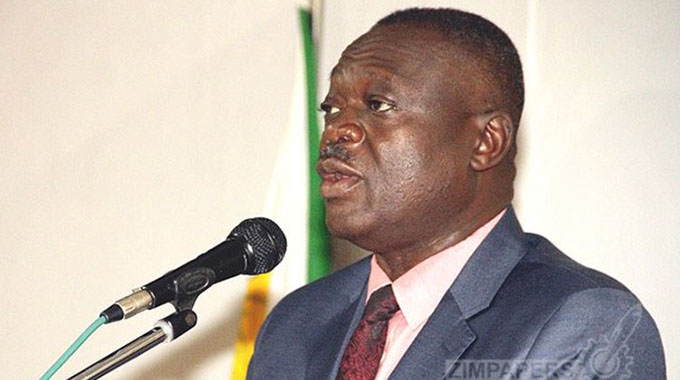 Tawanda Musarurwa Senior Business Reporter
Zimbabwe’s successful agro-import substitution programme, Command Agriculture, will not be a permanent feature and will be phased out once Government is convinced farmers can now mobilise own funding, the Minister of Lands Agriculture and Resettlement Perrance Shiri has said.

He said the programme is aimed at capacitating the country’s farmers to a point where they would have built up collateral.
“Currently Command Agriculture is covering corn, soya wheat, livestock, wildlife but we are expanding to cover tobacco, cotton and horticulture.

“Command Agriculture was necessitated by the fact that the new farmers did not have collateral, so Government had to make interventions. It’s not going to be a permanent feature, it’s just an intervention which helped the farmers find their feet,” said Minister Shiri.

“It will be there for a number of years, thereafter we hope farmers will have built some financial base, and responsible farmers would have secured some form of collateral, which they can then use.”

He was speaking at a BancABC-hosted event that saw several companies from the Netherlands engage local firms mainly involved in horticulture.

The Government is driving and expanding the programme as one of its key policies, not just for boosting agricultural output, but also in respect of reducing an unsustainable import bill, reviving industry and jobs creation.

Already, some agro-based companies listed on the Zimbabwe Stock Exchange, buoyed by the two successful agriculture seasons, have recorded impressive results, thanks mainly to the Government’s support schemes.

Buoyed by the success of the ‘command maize’ programme last year, Government has extended Command Agriculture to other crops such as wheat, soya beans, and rice and livestock to cut the country’s trade deficit to sustainable levels.
Analysts Akribos Research Services, have lauded the significance of the Command Agriculture programme.

“The Government has proposed a strong and deliberate emphasis on the agriculture sector through the ‘Command Agriculture’ initiative. The sector is expected to grow by 10, 7 percent…Expertise and input price risks are being mitigated by the provision of technical services to small holder farmers in order to boost total output through a 150 percent allowable expenditure deduction for expenses occurred in offering such services combined with the ongoing duty-free fertiliser and other key agricultural input imports.”

And as indicated by Minister Shiri, over the next coming years, the programme will be extended to the tobacco, cotton and horticulture sub-sectors.