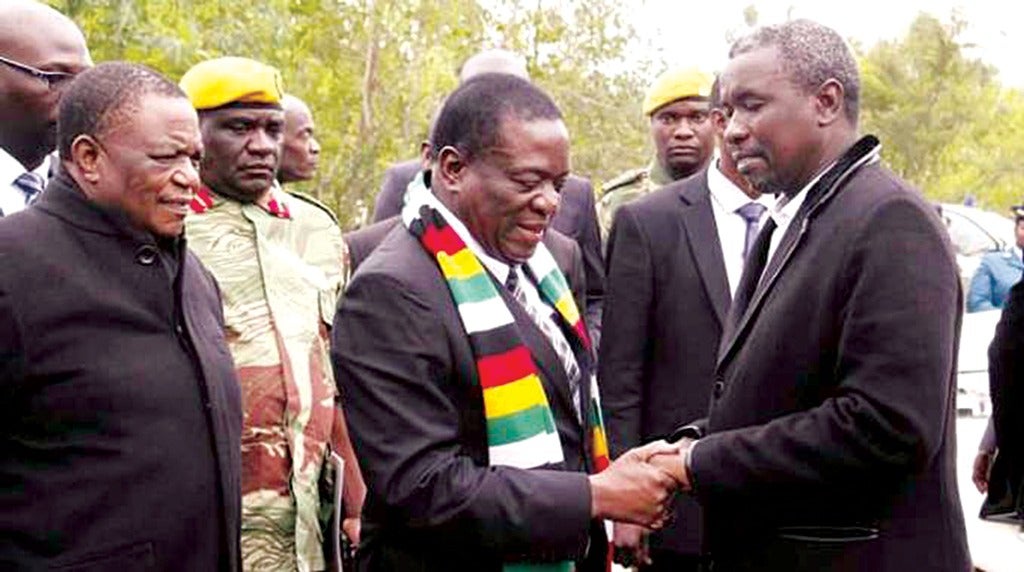 PRESIDENT Emmerson Mnangagwa’s top ally and fuel mogul, Kuda Tagwireyi, is once again on the spotlight after Parliament recommended that a forensic audit should be done on the controversial Command Agriculture programme, which has been marred by reports of corruption and misuse of billions in public funds.

This was said in Victoria Falls on Thursday by the Felix Mhona-led Budget and Finance Parliamentary Portfolio Committee during the ongoing 2020 pre-budget seminar.

The Command Agriculture programme has since 2017 enjoyed billions of dollars in public funding, which has largely not been accounted for.

Auditor-General Mildred Chiri’s audit reports revealed that in 2017, US$2,1 billion was allocated to the programme without Parliament approval and supporting documents from the Finance ministry and the Reserve Bank of Zimbabwe.

In 2018, another US$1,5 billion was also allocated to the programme without Parliament approval in breach of the Public Finance Management Act.

“To restore stakeholder confidence in the Command Agriculture programme, and its credibility, the 2020 national budget must provide for a forensic audit of the programme with the aim of weeding out corrupt elements and recovering misused and abused resources,” the Budget and Finance Committee report presented during the pre-budget seminar read.

“There is need to build credibility for the Command Agriculture programme by abiding by the undertaking that selection of beneficiary farmers and suppliers will be done in a transparent manner and targets farmers with a good track record of honouring obligations,” the report said.

This year, government announced that it will splash an additional $2,8 billion for the Command Agriculture programme, which targets the production of maize and soya beans.

While government has denied reports that the Command Agriculture funds were abused, the murky deals to finance agriculture were benefiting mostly Tagwireyi through his Sakunda Holdings.

Despite billions of US dollars and local currency splashed into the programme, Zimbabwe continues to import maize at an inflated price of US$600 per tonne from Tanzania and the country has also failed to end food deficits.

The Budget and Finance Committee report showed that several people had raised concerns on funding of the Command Agriculture programme through the fiscus.

Some suggested that the Presidential Input Scheme must be the one supported by the fiscus.

“Government must subsidise agricultural inputs at producer level. The Presidential Input Scheme should also be availed timeously and in the right mix to make a meaningful impact,” the committee said.

The committee also urged Finance minister Mthuli Ncube to adhere to the provisions of the Maputo Declaration of 2003 on Agriculture and Food Security, which stipulates that expenditure on land, agriculture, water and sanitation must be at least 10% of the national budget.