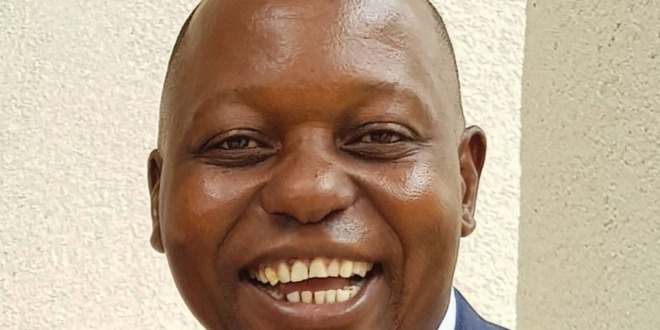 IN a significant development, the Justice, Legal and Parliamentary Affairs Portfolio Committee has given the responsible minister a deadline of March 31, 2018 to implement its recommendations on electoral law reforms. This is another good example of a committee of Parliament flexing its muscle and pushing for tangible action on its resolutions.

In my article a few weeks ago, I argued that electoral law reforms were a low-hanging fruit for President Emmerson Mnangagwa’s administration in order to demonstrate to the international community that this was indeed a new dispensation committed to political and economic reforms. Several key developments have happened since then — chief among them being the presentation to the House of a report on the Electoral Amendment Bill by the Portfolio Committee on Justice, Legal Parliamentary Affairs.

The report was presented in the National Assembly at second reading stage of the Bill. At this stage Members of Parliament debate the principles of a draft piece of legislation. This is where they dissect the Bill to determine if it is good law or not. One of the issues that is debated is whether or not the Bill will achieve its intended overall objective. In this case, the overall objective is a free, fair and credible election.

I must say I was very pleased with the Justice Portfolio Committee report. The report fully captured submissions that were made by civil society organisations and individual citizens at public hearings convened by the committee country-wide between November 30 and December 7 2017.

Zanu PF’s Fortune Chasi, the committee chairperson, did not mince his words to say the Electoral Amendment Bill in its current form needed cleaning up in order to create the necessary legal environment for free, fair and credible polls. The committee made the following comprehensive recommendations in line with submissions made at the hearings:

 The Minister of Justice, Legal and Parliamentary Affairs needs to table before Parliament a Bill with all-encompassing electoral reforms in order to make the Act compliant with the Constitution.

 The Bill must provide for enforceable punitive measures to eliminate political violence before, during and after elections.

 There must be a clear provision for voter education as a requirement before polls.

 The Bill must have a clause which will require the Zimbabwe Electoral Commission (Zec) to print voter education and polling materials in Braille and all the official languages of Zimbabwe.

 The Electoral Court must be manned by permanent judges in order to create conflict management mechanisms at all stages of the electoral cycle.

 A clause must be inserted providing for how the disabled can be assisted as well as for the setting up of polling infrastructure which addresses the challenges of the physically handicapped.

 The Bill should provide for the disabled and illiterate to choose who should assist them inside the polling booth when casting their vote.

 The Bill should address the right to vote of those in the diaspora, prisoners, those in hospitals, allow for a special vote for those who will be away on duty on the day of the polls such as doctors and nurses.

 Zec must be allowed to enjoy its independence so that it has power to invite foreign observers and approve local and international observers as well.

 There is need for amendment or outright repeal of statutes that have an inimical impact on elections such as Public Order and Security Act, Access to Information and Protection of Privacy Act and the Broadcasting Services Act.

 The Electoral Amendment Bill should give effect to Section 17 of the Constitution by making provision for gender equality so that the 50 % women’s quota threshold is clearly implemented and guaranteed in all elections.

 Clause 133 H (2) of the Electoral Act should be amended so that the Zimbabwe Human Rights Commission (ZHRC) is not included as part of the special investigations committee, but has power to carry out its own independent investigations. This will ensure the independence of the Commission.

 In order to uphold the provisions of Sections 67 and 243 (1) of the Constitution, the Bill should clearly give ZHRC the mandate to monitor, assess and ensure the observance of human rights before, during and after elections.

 In future, in order to ensure the highest quality of legislation, legal framework for elections must be planned for well in advance.

As already pointed out, these committee recommendations arose from submissions that were made by members of the public. Because these are submissions emanating from citizens, we expect the responsible authorities to seriously consider them in order to give life to section 141 of the Constitution which obliges law-makers to first of all consult interested parties before enacting a piece of legislation. The spirit behind this provision is that such consultation must be meaningful.

Citizens must feel that their views are being taken on board in law making and policy formulation. It is not about going through the motions or fulfilling a constitutional provision. And the minister has an opportunity to do so when the Bill moves from second reading to committee stage. It is at this stage that proposed amendments to a draft piece of legislation can be tabled.

The issue of diaspora voting is set to become a hotly contested area. Even if elections are around the corner, it is not too late to facilitate our brothers and sisters living abroad to vote at Zimbabwean embassies and consulates.

Several of our neighbouring countries have gone a long way in facilitating diaspora voting. In Botswana, the Electoral Act section 5(3) amendment of 1997 permits citizens living outside the country to vote in their country of residence. In Namibia the Electoral Act 2009 was amended in 2014 to allow citizens abroad to vote. Temporary voting stations are set up at embassies and missions abroad. In South Africa, the Electoral Act of 1998 permits South Africans abroad to vote at embassies, consulates or high commissions. The 1990 Mozambican Constitution (revised in 2004) provides for the right to vote for all Mozambicans in the diaspora in their countries of residence. It provides for two parliamentary seats out of a total of 250 to be allocated to external citizens.