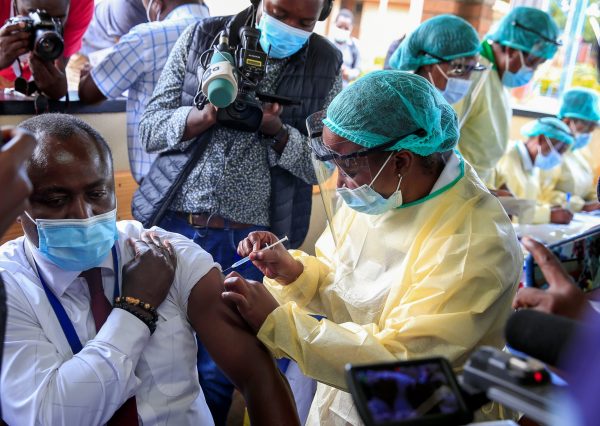 COMPULSORY vaccination has become an emotive issue in Zimbabwe, with government caught between protecting citizens and respecting constitutional rights.

This dichotomy has been more apparent in the disagreement between the government and it workers, especially teachers, many of whom are yet to be vaccinated or have limited access to health facilities.

A government gazette of September 17 this year gave the workers a month to get jabbed or consider themselves fired.

“Everybody is following Statutory Instrument 234 of 2021 and legally, that is what is binding everyone. So, whether there are any other decisions that come later but for now, everybody is bound by the law,” the COVID-19 chief co-ordinator in the President’s Office, Agnes Mahomva, said.

“People might appeal, talk about this and so on, but within the timelines of the law, that is what is on the ground now. It’s like saying someone should have a licence, but have someone saying he or she is appealing not to have one. As long as that law is there, it is the one speaking to what is on the ground. We just need to abide by the law and if the people haven’t, they stay home according to the law and if something changes, it will be communicated as usual.”

But soon after the deadline, government was quick to change tack, with Public Service minister Paul Mavima saying the order would only become effective at the end of the year. Lawyers have, however, said compulsory vaccination remains illegal.

“The policy will be implemented as per the letter of the law in respect of those who have deliberately avoided vaccination,” Mavima said recently.

Mavima’s careful choice of words — those who have deliberately avoided vaccination — are very informative, and show a government in a catch-22 situation.

Government could not suddenly dismiss about three quarters of its teachers, according to some estimates, and a large percentage of the rest of the civil servants, without paralysing its operations.

Still, there has been little or no effort to find out why vaccine hesitancy was prevalent.

The World Health Organisation describes vaccination as: “a simple, safe, and effective way of protecting you against harmful diseases, before you come into contact with them. It uses your body’s natural defenses to build resistance to specific infections and makes your immune system stronger.”

Vaccines, it says, train the “immune system to create antibodies, just as it does when it’s exposed to a disease.”

So why has it become difficult to convince some people of the need to take the jabs that ensure not only their safety, but that of their families, neighbours and society in general?

Zimbabwe is not unique in demanding mandatory vaccination, but the key difference with other countries, including in the West, is that the policy is mainly targeted at frontline health workers.

In the United Kingdom, government last month opened consultations on mandatory vaccination for frontline health and social care staff, which could require vaccination against COVID-19 and flu for workers who come into contact with patients and those receiving care.

Similar policies have been introduced in other European countries. The United States also has a mandatory vaccination policy for federal employees, though reports suggest this is unlikely to spread beyond medical professionals.

The vaccination demand is more stringent in Saudi Arabia and Italy.

After over 133 000 cases and 4 662 deaths as of yesterday and facing an imminent fourth wave, the Zimbabwe government is right to fear the potential catastrophic consequences of an unprotected workforce and populace.

While a hard and fast rule will certainly compromise some human rights, there is clearly a need for all parties to work towards a solution that puts the welfare of Zimbabwe first.