Congratulations to Acie, the PR guru 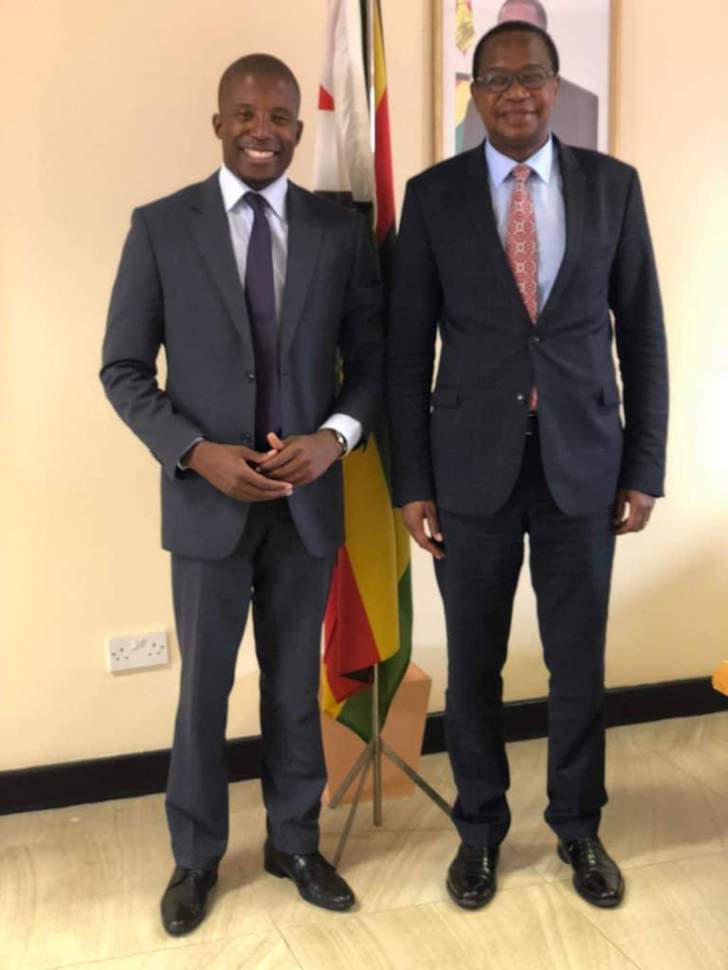 Greetings from Singapore from where I am observing Lizard Ngwena struggling with the basics of running a small and simple economy.

Source: Congratulations to Acie, the PR guru – The Standard October 21, 2018

Now he realises that it is not an easy road to lead a country.

For more than 30 years Lizard and his fellow coup conspirators  had been hanging on the coat tails of Gushungo and doing nothing tangible.

In fact all they were doing, as Gushungo would later discover, was that they were busy presiding over the disturbances that resulted in the murder and displacement of tens of thousands of Zimbabweans.

Now they are realising that brute force will not always triumph as happened when they were staging the coup.

Can you imagine all those people rolling out tanks into the streets against  a 94-year-old man?

As I have said earlier, for violating the legend of Gushungo, those people shall not know any rest.

Remember when prices went up while Gushungo was attending the United Nations General Conference in New York last year.

He came back and roared at business and industry and the fuel, which had “disappeared” suddenly reappeared while prices, that had shot up  came down.

In fact those were the first signs of sabotage in order to justify the coup.

I think congratulations are in order to young Acie Lumumba or whatever name he may be called by.

I am told he was appointed to the communications taskforce for the Finance ministry, whatever that is.

It is interesting that the appointment was made by Professor Mthuli Ncube, or did he?

Could Professor Mthuli Ncube, who was recently appointed to the gravy train now be wielding enough power to be making ‘senior’ appointments?

Is he now being trusted to make such appointments?

Or did someone whisper in his ear?

Who is Lumumba’s father?

Lumumba is a very interesting character.

He was able to do many things, including telling the Great Gushungo the F-word and we wondered why nothing serious happened to him given that Gushaz was a feared man.

The power of the young man can be traced to “daddy”.

According to some files that are still at the Blue Roof, “daddy” is one of the generals who were flanking Dr Shenanigans when he made his first speech about how the army would not stand by while counter “revorushinariz” were causing chaos in Zanu PF and Zimbabwe.

So with a powerful dad who is a generari, why should the young man who also embarked on some risky missions before the coup not be rewarded?

In South Africa the young man is also respected as an independent analyst, so yeah, the boy deserves it.

Especially if dad thinks so.

Have you all noticed how peace and reconciliation efforts in this country are never taken seriously by the establishment?

Initially, John Nkomo and Gibson Sibanda were leading those efforts.

The only problem with that was the government had asked victims of Gukurahundi to heal themselves.

Later the peace and reconciliation efforts were restructured under a commission and a chairperson who comes from an area affected by Gukurahundi was appointed.

Some official event was held last week at which Kembo Mohadi, a victim of Gukurahundi was the guest speaker.

Surely what this means is that the government does not take these issues seriously.

I would have proposed that one of Lizard Ngwena, Perrance Shiri and Chiwenga preside over the occasion.

People are suddenly aware of the kind of monster that they are confronting.

We hope the peace and reconciliation people will also hold live televised meetings on the massacres in Midlands and Matabeleland.

For the same reason that a televised inquiry was held for about 10 compatriots who died  in Harare, the same could also apply for the 20 000 fellow Zimbabweans killed in cold blood.

Since we are in the spirit and mood of live broadcasting things such as Constitutional Court hearings and post elections disturbances, we might as well have another one on post independence disturbances.

It was very reassuring to read a no nonsense statement from our military stating that they are not in the business of trailing nobodies like Nelson Khamisa.

How dare the little man imply our gallant soldiers have time to waste on political novices and non-entities.

That really put him in his place together with the thugs that he surrounds himself with.

Meanwhile, I am sure the army will soon put out a statement in which they will be denying categorically that they are in the business of shooting unarmed civilians, mostly in the back if they demonstrate like it.

Dead BC and Paradise Journalism

Among one of the recent news headlines on Dead BC was a bold statement that Zimbabwe would soon be a global ICTs hub.
We waited in anticipation for the full story.

When the full story was finally played, it turned out some expert from India had suggested that if Zimbabwe gets its ICTs policies correct and the accompanying investment, we could end up as a world player in that arena.

In other words, the same could happen to Malawi, Zambia  or any other country in the world if they make the correct decisions and fund  ICTs!

We were all left wondering what the story was.

But again, that is Dead BC for you.