Sadc chairman and South African President Cyril Ramaphosa has sent his congratulatory message to President Mnangagwa following his election as the country’s leader in the July 30 harmonised elections. A statement on the website of the South African President said President Ramaphosa spoke to President Mnangagwa over the phone.

President Ramaphosa urged political leaders to accept the outcome of the election.

“In this regard, President Ramaphosa has appealed to all political leaders and the people of Zimbabwe to accept the outcome of the election and should they have challenges, they must follow legal remedies provided for in the Constitution and electoral law.

“President Ramaphosa also congratulated the people of Zimbabwe for conducting a peaceful election as declared by the SADC Election Observation Mission and other election observer missions.”

The statement also said President Ramaphosa expressed his concern about the violence that occurred on Wednesday, which resulted in the tragic death of six people.

“In this regard, President Ramaphosa has conveyed his condolences to the families of the victims and wished the injured speedy recovery.”

“President Ramaphosa concluded his phone call by expressing his commitment to working closely with the President-elect, Mr Mnangagwa, to enhance the historical, political and fraternal relations which exist between South Africa and Zimbabwe, with particular emphasis on strengthening economic cooperation in priority areas as mutually identified by the two countries.” 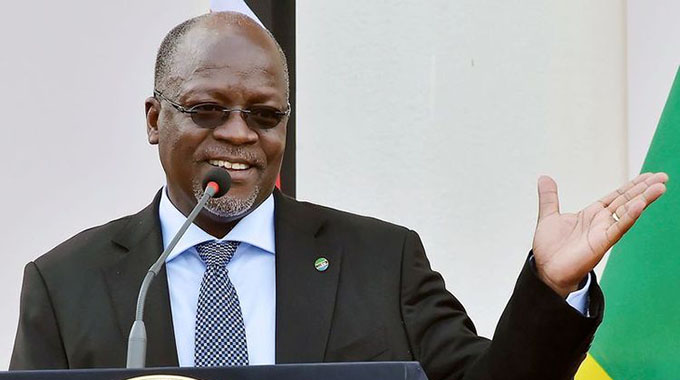 Tanzanian President Dr John Magufuli also sent his congratulatory message to the President, while writing on his Twitter handle.

“Cde Mnangagwa, on behalf of the Government and people of Tanzania, I convey my sincere congratulations on your victory in the Presidential election of Zimbabwe,” he said.

“Your victory is a reflection of the confidence reposed in you by the people of Zimbabwe in leading them to prosperity.”

Economic Freedom Fighters party of South Africa led by Mr Julius Malema said in its congratulatory message that all political parties should accept the outcome of the elections .

“The EFF congratulates the newly elected President of Zimbabwe, Emmerson Mnangagwa of Zanu-PF,” said the party.

“We take this opportunity to wish him well in his tenure as new President in a Zimbabwe free of Mugabe’s autocratic leadership.

“We call on all Zimbabweans, in particular the opposition parties, to accept the electoral outcome and continue to build the new Zimbabwe based on peace and stability.” 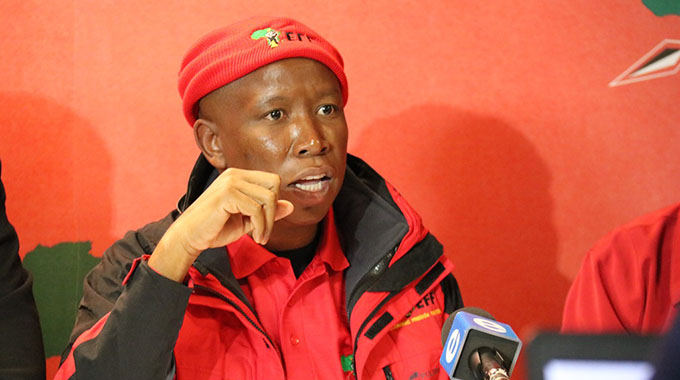 EFF condemned those who mobilise for violence or oppose the electoral outcome.

“Africa no longer needs leaders who see violence as the solution to political problems,” said the party. “As a continent, we have known enough violence that has only led to Africa’s deterioration. May Zimbabwe rise to its former glory under a united Parliament and President Mnangagwa.”

“The Supreme Council of Islamic Affairs in Zimbabwe, on behalf of all Muslims in the country, extends its message of congratulations to the President on his electoral victory as well as to the party – Zanu-PF – on its success that brought a two thirds majority in Parliament in the just-ended harmonised national elections,” he said.

“We are proud of your leadership. You promised free, fair and non-violent elections and for the first time we saw this happening in the history of our nation. Our people have faith in your servant leadership and that you will pluck the country out of its difficult situation – as you have already displayed in the few months that you were in office.”

Sheikh Duwa thanked President Mnangagwa for his magnanimity and humility as a leader and expressed confidence that he will embrace all Zimbabweans across the political divide.

Several Zanu-PF Politburo members yesterday paid a courtesy call on President Mnangagwa to congratulate him on his victory in the harmonised elections.

Cde Muchinguri-Kashiri said their visit was meant to congratulate the President on being given a five-year mandate.

“We came to say to him that your leadership, your manifesto paid dividend and also the peaceful environment, so we are so excited, we have so much in jubilation,” she said. “We are so happy that Zimbabwe now has really demonstrated that its people were matured.”

Cde Muchinguri Kashiri said they were all geared to support the President Mnangagwa’s vision.

“We only hope that this message of peace will continue within the party and also beyond,” she said. “We are all geared up to tell our President that we support him 100 percent.

“We want him now to succeed and to be able to implement the aspirations of our people. Address that in terms of their expectations, so he has a job to do and as his servants, his cadres, we are more than happy to serve under him and to ensure that our people out there see change.”

Cde Muchinguri-Kashiri said President Mnangagwa had also shared with them his vision in the new term.

“The President is ready to work and he was already sharing his programme with us from now and onwards,” she said. “He is back at work and we only wish that he will take it easy now that the campaigns are over.”

“We came here just to say congratulations, makorokoto/amhlope to His Excellency the President, you are aware yesterday he was declared the winner of the Presidential elections, so he is not only the President of Zanu-PF, he is now the President of the Republic of Zimbabwe pending the swearing-in or the inauguration, I am talking of legal terms now,” he said.

“So, it was necessary for us representing the party led by our chairman to come and say to the President well done, you have done us proud. You are aware that he is very well focused and he always led from the front.

“The people have spoken and of course this is a moment of great excitement. He accepted our message and he feels this has been team work and he thinks that let us look at the challenges the country is facing as a team.”

“The people have spoken and of course this is a moment of great excitement. He accepted our message and he feels this has been team work and he thinks that let us look at the challenges the country is facing as a team.”