Both Houses Sat This Week 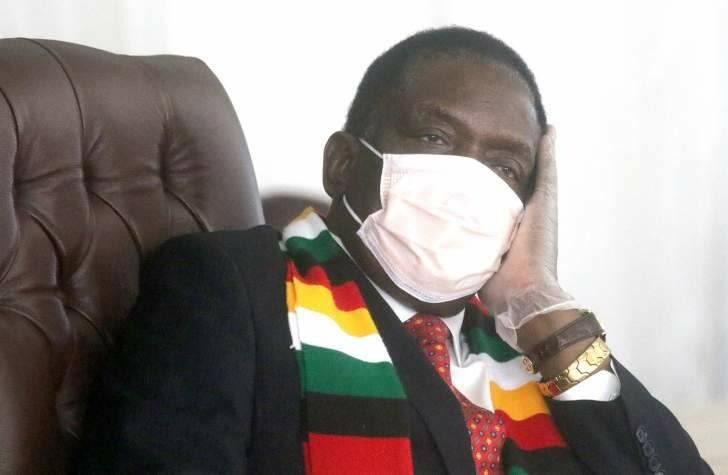 Only the National Assembly will Sit Next Week

On Tuesday afternoon, 4th May 2021, towards the end of a sitting lasting only one hour, the Senate passed the Constitution of Zimbabwe Amendment (No. 2) Bill by 65 affirmative votes to 10 No votes.  Veritas announced this result in Bill Watch 27/2021 [link] circulated the same day.

A total of 75 Senators voted.  All 17 Senator Chiefs present voted for the Bill, as did the 2 Senators representing disabled persons, and 34 ZANU PF Senators.  This gave ZANU PF only 53 affirmative votes – one vote short of the 54 votes required for a valid vote [a two-thirds majority of the 80 member Senate].  No fewer than 12 Opposition Senators joined the ranks of those voting Yes to make the total score 65 for the Bill to 10 against – thus comfortably achieving the two-thirds majority.  How individual Senators voted is shown in a list that will be available on the Veritas shortly.

Bill now gazetted as an Act

The Bill was immediately rushed to the President for his signature and was gazetted yesterday as Act No. 2 of 2021 three days after the Senate gave the Bill its final reading in Parliament.  This unusually fast transition from a passed Bill to a gazetted law is further evidence of the Government’s determination to have the Act in place as law before Chief Justice Malaba’s imminent retirement, to enable him to take advantage of the Act’s provision extending his term of office.

Senate’s adjournment to Tuesday 18th May

Having passed the Constitution of Zimbabwe Amendment (No. 2) Bill, the Senate adjourned until Tuesday 18th May.

This means that the Committee Stage of the Marriages Bill has no chance of being completed before the Parliamentary week beginning 18th May.  Senators will also have at least one more Bill to consider – the Centre for Education, Innovation, Research and Development Bill, passed by the National Assembly on 5th May.  More Bills may have reached them by the time they reassembly.

In the National Assembly Tuesday 4th to Thursday 6th May

This was the only Bill dealt with during the week’s three sittings.  On Tuesday 4th May the Parliamentary Legal Committee [PLC] returned a non-adverse report, as expected, on the single amendment made by the National Assembly.  The following day the Bill went through the remaining formalities, was given its Third Reading and sent to the Senate.

On Tuesday 4th May the House adopted the Virtual Standing Orders in terms of section 139 of the Constitution on the recommendation of the Committee on Standing Rules and Orders.

Hon J. Madhuku, seconded by Hon T. Moyo moved a motion (1) calling on the Ministry of Finance and Economic Development and the Public Service Commission to supplement civil servants’ “paltry” salaries by giving non-monetary incentives to all Government workers and (2) recommending that civil servants with more than 25 years service be given non-monetary benefits in the form of land and personal vehicles.  Comment:  this is misleading as land and personal vehicles do have a monetary value.

Public Accounts Committee Report on ZINARA [link] There were further contributions to the debate on this report on Wednesday 5th May, including one from Hon Mpariwa, former chairperson and long-serving member of the Public Accounts Committee.  For a comments on the report see Economic Governance Watch 2/2021 [link].  Debate will continue.

On Thursday 6th May the House devoted the whole sitting to the presentation and discussion of two reports:

Development and Promotion of Traditional and Complementary Medicines in Zimbabwe  This important report, by the Portfolio Committee on Health and Child Care, was presented by Hon Chinhamo-Masango.  The recommendations cover suggestions to  Ministries and universities and colleges for developing and promoting the use of traditional and complementary medicines and ideas for improving the recognition of traditional medical practitioners and upgrading their methods.  MPs made enthusiastic contributions supporting the recommendations and praising the contributions to the health of Zimbabweans by traditional medical practitioners and their herbal remedies.

Police punitive action against use of buses carrying schoolchildren  Hon July Moyo, the Minister responsible for ZUPCO, was bombarded with questions and supplementary questions on why police had recently been insisting on buses carrying schoolchildren being registered with ZUPCO and compelling schoolchildren to disembark from unregistered buses.  Minister Moyo explained that police had been reacting to a situation involving operators in urban areas using unregistered buses in contravention of the COVID-19 regulations and orders and falsely representing themselves as operators of bona fide school buses.  Eventually, an MP suggested that a more satisfactory way of informing MPs about the effects of the relevant law and policy would be for the Minister, having now heard all the problems raised by MPs, to come back with a formal Ministerial Statement explaining the correct position – which buses should be registered with ZUPCO, etc.

Coming up Next Week in the National Assembly

This will be covered in a separate bulletin, once we have gathered the necessary up-to-date information from Parliament.