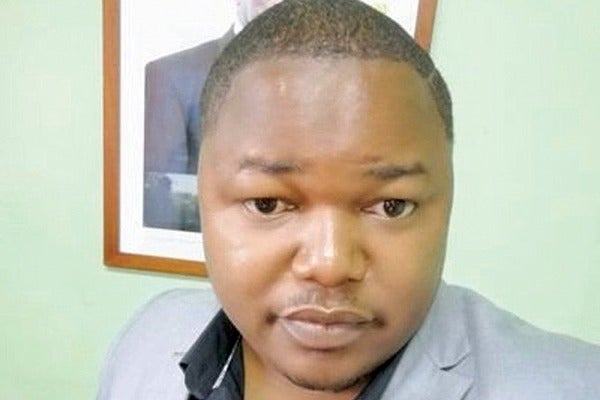 Twenty-seven is the number of changes that President Emmerson Mnangagwa’s administration wants to make on Zimbabwe’s Constitution, passed only seven years ago.

The intended changes, announced over a fortnight ago, range from scrapping the contentious provision of presidential running mates to the selection of judges and prosecutors, which will be the carte blanche of the President.

Red flags have expectedly been raised over the letter and spirit of the exercise, with reservations that the President could be shoring power on himself and taking advantage of his party’s majority in Parliament to undo progressive provisions in the Constitution that was approved in a 2013 referendum.

According to watchers, Mnangagwa could be having an eye on both politics within the oft-fractious ruling Zanu PF party, and also the more external dynamics – as the next election nears.

It is perhaps a Hobbesian moment for Mnangagwa.
It, however, was Thomas Hobbes, an English philosopher and political thinker who among his axioms said men are rational creatures that desire above all their own preservation, hence they are led “by a perpetual and restless desire of power after power” to a condition of “war of every man, against every man”.

Mnangagwa has already expressed unquestionable desire to seek a second term in 2023 and possibly run again in 2028.

He has quipped that “he will still be around” in 2030, and has pronounced an eponymous Vision 2030 as the milestone for his governance. Despairing over the mooted changes, one commentator noted that the American constitution had been amended only 27 times since 1789 (that is 281 years ago); but the Zimbabwean one was due to be changed in 27 places in one fell swoop just seven after seven years in existence.

The opposition has been loud in denouncing the proposed changes as an attack on constitutionalism.

Even the Polad grouping — Mnangagwa’s pliant allies in the so-called Political Actors Dialogue, have sounded reservations.

But Justice minister and a key Mnangagwa ally, Ziyambi Ziyambi has insisted that the changes will remove contradictions, fill in legal lacunae and enhance democracy. He added that the mooted changes would not trigger a referendum as they did not involve clauses in Chapter 4 of the charter, which deals with the Bill of Rights. He insisted that criticisms against Mnangagwa were unfair as he was not being outlandish in addressing contradictions between the Constitution and contingencies of the regime.

“So these changes we see them as having an effect of enhancing our democracy and governance system. We want to give effect to provincial councils and hence the need to remove contradictory clauses in the Constitution. We want sitting judges not to be subjected to a promotion public interview, but to allow those at the entry level to be subjected to the interviews. We want to amend the provisions on appointment of PG to remove the interview process by JSC as the PG is part of the executive not JSC.”

The Justice minister furthur argues that the running mate clause would be difficult to implement — and that Mnangagwa may just be doing some service cleaning up a constitutional mess.

“Firstly right from the start there was no agreement on the running mate clause, hence it was deferred for 10 years. Ever since the Constitution came into effect on 22 May 2013 minus this clause everyone has hailed it as a very good Constitution that enhances our democracy.

“Now government is saying let’s maintain the status quo and a certain section suddenly sees HE (His Excellency, Mnangagwa) as attempting to shore up power? In most jurisdictions such clauses are not part of their supreme law and issues of succession are left to political parties.”

But opposition lawyers and other political commentators argue that the clause brings certainty to succession and brings legitimacy when Vice-Presidents, who assume acting capacity in the absence of Number One, derive mandate from the people.

Stakeholders have feared that the ruling Zanu PF party could be abusing its parliamentary majority to reverse some democratic gains achieved in the more bipartisan era of the inclusive government, which gave birth to the 2013 document.

Zanu PF and the opposition MDC, then led by the late former President Robert Mugabe and his long-time rival-turned-partner in the inclusive government, the late Morgan Tsvangirai, campaigned for the adoption of the new charter that replaced the 1979 Lancaster House Constitution which was amended 19 times.

The 2013 Constitution was largely hailed as one of the best in the world and second in Africa, after South Africa’s.

Ziyambi admits the Constitution is “a very progressive piece of legislation and the best that we have so far, but when we identify areas that need attention we correct it and not worry about how recent the law was enacted.”

He said, elsewhere, the process of alignment of laws to the Constitution was on-going and a continuous process whereby any legislation identified to be inconsistent with the supreme law will be aligned.

Hundreds of laws still require alignment to accord with the supreme law.

Tichaona Zindoga is a journalist. He writes in his personal capacity.