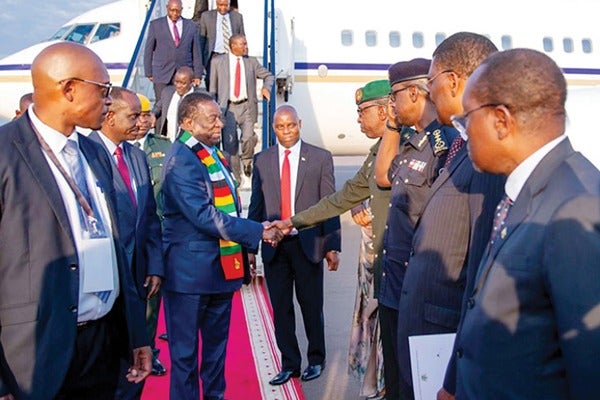 RWANDAN President Paul Kagame has said his Zimbabwean counterpart, Emmerson Mnangagwa, should not “bribe” his way out of the crisis facing the country, but work with his people to ensure they support his vision before convincing foreigners.

Speaking ahead of Rwanda’s liberation day celebration on Wednesday after he was asked by Zimbabwe journalist, Ruvheneko Parirenyatwa, on what could be done by Mnangagwa to take the country out of its current woes, Kagame said winning the support of locals was key before seeking endorsements from foreigners.

“You need to work hard to change the perception. You can’t bribe your way through. You can’t just sweet-talk some people and think, even if they say ‘ok, we agree with you’, things will be fine, no. You keep doing your best,” Kagame said.

Since Mnangagwa took over through a military coup in November 2017 from former President Robert Mugabe, the Zanu PF leader has been on a charm offensive, seeking to portray his administration as different from his predecessor’s and that he was a democrat willing to reform.

“The way the people feel about how you govern will always come out and before you even convince anybody from outside, so that they don’t have wrong perception about you, convince your own people. Make sure they are with you,” Kagame said.

“Concentrate there on making sure your people are involved, they are benefiting and they can themselves push back on this story of wrong perception. That means it must be built on tangible things. If the country is hungry, if people have nothing to eat, they will tell people that they have nothing to eat.”

Mnangagwa has gone to lengths to try and convince the international community that his administration was committed to international integration.

He recently hired a second American consultancy firm, Avenue Strategies Global LLC, for US$1 080 000 to lobby the United States government to drop sanctions against Zimbabwe.

The hiring came about a month after his government had splurged

US$500 000 on another American public relations consultancy firm, Ballard Partners, to spruce up the image of the southern African country’s rulers.

Kagame’s statement came as the broke Zimbabwe government has been struggling to implement its reform agenda, which it blames on United States targeted sanctions, despite it moving slowly in implementing recommended economic and political reforms.