Cops under fire over gold mine armed robbery

Source: Cops under fire over gold mine armed robbery – The Zimbabwean

Shurugwi police officers have come under fire for allegedly avoiding investigation of a case of armed robbery that occurred at a gold mine owned by Israeli investors. There are unconfirmed reports that money changed hands between the cops and a wealthy gold mogul, who is accused of having hired the hit squad to carry out the illegal raid. 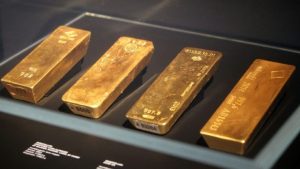 About nine armed men pounced on Slashwood mine in Shurugwi on January 6 and opened fire using shotguns. The workers dispersed and goods worth about $3 000 were looted by the attackers. These included diesel, mining equipment, safety clothing, and basic food commodities.

The case was reported at Shurugwi police station a day after the skirmishes by first complainant Jabulani Nyabanga on behalf of Slashhood Mining Pvt Ltd Company. The case details are CR 36/01/18 and RRB 3320727.

After two weeks, Nyabanga was informed by the police that the case had been thrown out because he was not the owner of the mine. This prompted Slashwood Mine’s Managing Director, Peter Valentine, to make another report whose details are RRB 376232.

However, since then, no arrests have been made. The complainants positively identified the individuals behind the armed robbery and supplied their names to the police.

In an interview, Valentine said his own investigations had revealed that the hit squad had been sent to the mine by a former Director of the mine, who was aggrieved by a board decision to sack him for alleged corruption involving misappropriation of millions of dollars meant for capital investment.

“In our own investigations, we discovered that the guns which were used in the armed robbery case actually belonged to our company and had been given to the hit squad by an official who had been sacked by the board, who kept them in his custody. He refused to hand over the guns at the time of his expulsion. However, up to now, the police have not acted on all the information we gave them. Actually I am told that my workers spent about 7 hours trying to report the case because the police were refusing to take the report. It seems there is a conspiracy between police and the accused persons with corruption being a major factor,” he said.

In a letter dated November 26 2018, Slashood Mine wrote to the Officer-in-Charge police Central Firearms Registry which is under the Central Investigations Department Headquarters in Harare, expressing its concern over the use of guns in the robbery and requesting help to have the culprits brought to book.

Last week, Valentine together with other company officials held a meeting with police Officer Commanding Midlands province, Senior Assistant Commissioner Conneli Dube in an effort to get him to act upon the stalled case.

“The assurance we got from the Propol was that he will investigate the case fully. He was in the company of a lawyer for police who also expressed concern over the matter especially the issue of the guns used in the robbery,” said Valentine soon after the meeting at Gweru Central Police station.

An officer who answered Senior Asst. Commissioner Dube’s mobile phone and identified himself as a Superintended in the ZRP confirmed that Slashwood Managing Director, Valentine, and his team had indeed met the police boss. He said only the police provincial spokesperson could give details of the meeting to the press

Midlands Acting police spokesperson Assistant Inspector Ethel Mukwende declined to comment on the matter. “I am not at work and so I am unable to help you with any information. I also do not know who can give you that information because I am not at office,” she said.