Council workers who are set to receive housing stands in lieu of salary arrears are set for a clash with environmentalists after they rubbished the move by the former to block council from allocating wetland stands to its workers. 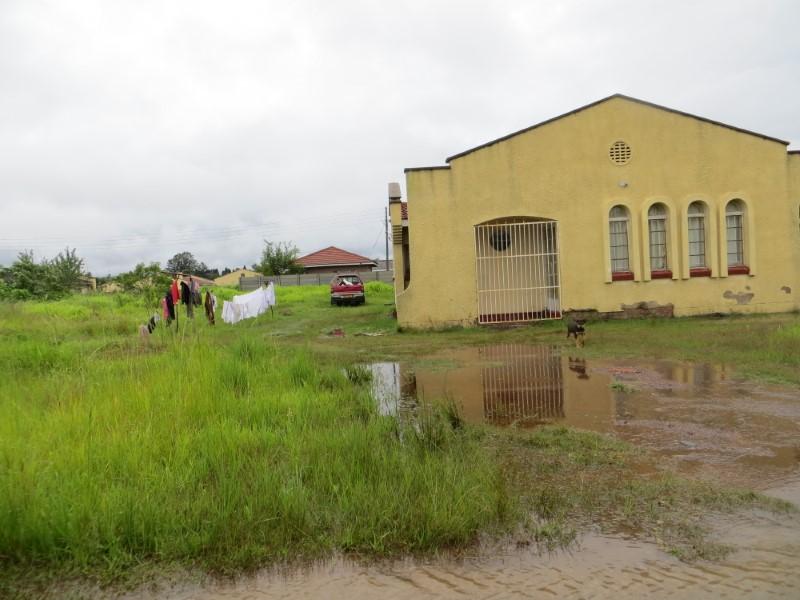 A house built in the midst of a wetland

Harare City Council has identified 3 470 housing stands in Eyestone, Mabvuku and Tafara which will be offered to workers to cover up for salary arrears dating back to 2017.

However, residents, under the banner of Cleveland Action Alliance and Gosden Conservation Trust from Mabvuku and Tafara, have since written to the Harare City Council Town Clerk, Hosiah Chisango and the Provincial Minister for Harare, Senator Oliver Chidawu seeking to stop the move by the council.

The residents contend that wetlands are the major source of water for Harare after run off and council should make efforts to save the water sources from destruction.

The Harare Wetlands Trust (HWT) has since raised concern over the intended move by council. HWT has engaged council as well as the Environmental Management Agency (EMA).

In a letter of response to HWT, the Provincial Manager for EMA, Harare Province, Robson Mavondo said that no Environmental Impact Assessment (EIA) certificate had been issued with regards to the Mabvuku and Tafara stands as no application had been made with the agency.

“Other countries are building in the sea but here people are complaining of wetlands which are located on firm ground. To say those stands are wetlands is an indirect attack on our colleagues because those stands are approved by workers in the planning department who are so competent and cannot stoop so low to approve stands on wetlands.

“Surely, we cannot have laws prioritizing frogs at the expense of human beings particularly those working at a zero reward,” said Munengiwa.

However, Council Human Resources Committee Chairperson, Councilor Jacob Mafume said it was not council policy to allocate stands on wetlands.

“We are watching the process closely and we will not do anything that will harm the ecosystem of Harare. Due cognizance will be taken to protect our wetlands,” said Mafume.

The Chairperson of Cleveland Action Alliance, Jimmy Mahachi said they were unrelenting in their fight to stop council from issuing residential stands on wetlands adding that public litigation remains on top of their action plans.