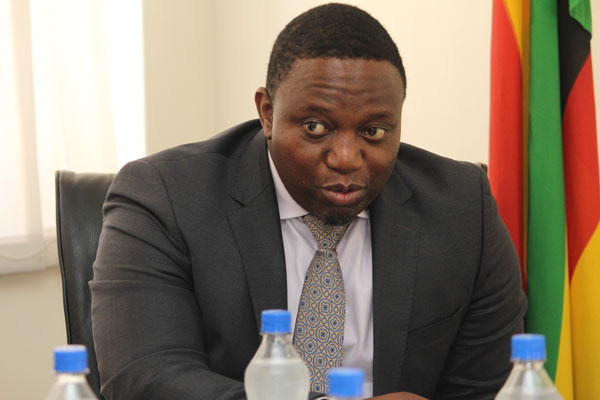 ON Thursday, Home Affairs minister Kazembe Kazembe was joined by fellow ministers in the security sector and army bosses just to dispel rumours of an “imminent coup d’état”.

Questions have arisen over the Thursday Press conference which in many people’s view was unprecedented just as it was unnecessary to deal with a rumour, which by definition is a “currently circulating story or report of uncertain or doubtful truth.”

Although present at Kazembe’s presser the army chefs were conspicuous by their silence.

For a whole government minister to lead a team of military commanders to “dispel” a rumour only tells a story of something no one but themselves know is happening.

Is a coup d’état imminent? Who in government was referred to as part of the plot? Why would the MDC Alliance plot a coup with Zanu PF officials and the military? How are western embassies involved in a plot to oust Mnangagwa?

All these questions were not answered in Kazembe’s statement and observers have every right to think it is either the regime is seeing ghosts or there is something brewing in the cockpit.

While the opposition sees this as the case of a hungry leopard accusing its cubs of smelling like goats to justify its heavy handedness of its actions, it remains to be seen what really is happening in government where we hear there are serious divisions.

That there are some unnamed government officials working to topple Mnangagwa together with the opposition, embassies and some men and women in uniform remains a rumour, probably circulating within the Zanu PF corridors, yet to get to the people.

How about Mnangagwa himself telling his party’s politburo meeting on the same day the security chiefs pledged loyalty to him by attending the “rumour Press conference” of a plot, this time driven by business to topple him?

He thinks the price hikes were designed specifically to make people angry and take to the streets, adding that “the confrontational actions which played out in the political, economic and media arena were not isolated incidents, but well-orchestrated, coordinated and planned events”.

Mnangagwa said he was aware that the intention was to cause despondency, unrest and render the country ungovernable.

It is the same Mnangagwa who two years ago, on May 31 to be specific, while proclaiming July 31 as the election date, said: “I get intelligence that some of those who have won these primary elections have two minds. There have gone to join the Zanu PF wagon using various tricks, money included, with a possible view that once in Parliament they will join and move an impeachment.”

Does Mnangagwa and his allies know something that we don’t?