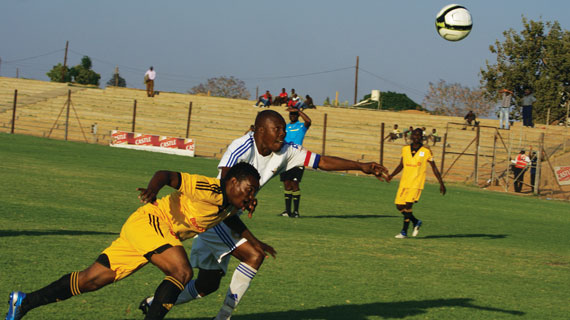 BY FORTUNE MBELE
WITH cases of new COVID-19 infections soaring at an alarming rate, the sporting fraternity is fretting at a possible suspension of activities by government as a containment measure.

Sport was hard hit particularly last year and part of this year and some disciplines had only just started activity following a year on the sidelines before the new wave of infections.

This week has seen the postponement of five Castle Lager Premier Soccer League (PSL) matches after a surge in infections among players and officials.

The league did not release the numbers, but it is understood that some clubs recorded as high as 17 cases.

The matches that had been given the greenlight were the Ngezi Platinum/Herentals, Chicken Inn/Tenax, Harare City/Yadah and Bulawayo Chiefs/Chicken Inn.

But barely 24 hours after the five matches were iced, the Chicken Inn match against Tenax, which had been slated for tomorrow at Luveve Stadium, has also been pushed back.

“Our game has been cancelled due to a high number of cases in our opponents’ camp,” a senior official at the club said.

Coach Joey Antipas had earlier confirmed that five of his players that had tested positive and tested negative yesterday morning on re-test and was happy that he had a full squad complement.

“The positive thing is that everyone has tested negative. It’s a big relief. We are going to have a full squad. Five players who had tested positive have now tested negative. They trained this morning (yesterday) and they are going to train tomorrow, so we can come up with a team that will play on Saturday (tomorrow),” Antipas said.

A number of football players from the Bulawayo teams are said to be in quarantine after testing positive for the virus last week.

In cricket, a Pro50 tournament match pitting Mashonaland Eagles against Mountaineers was also called after four cases of COVID-19 had been recorded.

“Again, it’s (COVID-19) back, we have to be very careful. We have to look after ourselves,” Mapeza said.

His side is supposed to take on Bulawayo Chiefs at Luveve Stadium on Sunday.

In Bulawayo on Sunday, there is the 10km Liquor Hub Fun Run, which is expected to attract more than 200 athletes, including fitness enthusiasts and sponsor of the race, politician and businessman Raj Modi said all runners and officials would get tested just before the race.

All entrants for the race are supposed to be fully vaccinated.