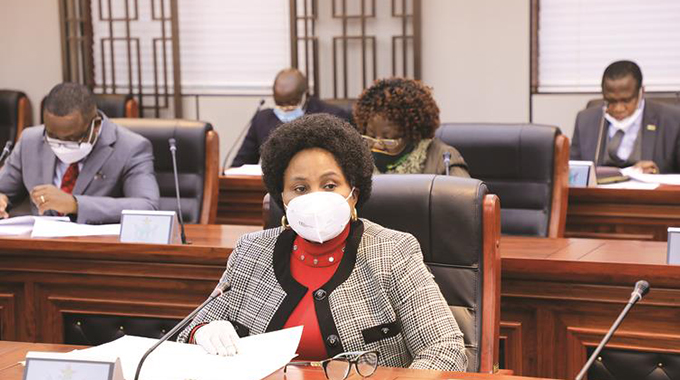 Returning residents tested within 48 hours before their return have since last Friday been allowed to self-quarantine at home if that test was negative rather than stay in a quarantine centre while those without certificates were being allowed home if they tested negative at the quarantine centre.

And as schools prepare to reopen for examination classes, steps are being taken to ensure Zupco has enough buses to ferry teachers and pupils, Information, Publicity and Broadcasting Services Minister Monica Mutsvangwa said last night after the weekly meeting of the national inter-ministerial taskforce.

“The taskforce was informed that as of September 4, 2020, all returnees with 48-hours negative Covid-19 certificates are being released at ports of entry for self-quarantine as per Cabinet’s directive.

“Returnees without certificates will proceed to a quarantine facility, where they will be tested and either discharged for self-quarantine or isolation, based on their status,” said Minister Mutsvangwa.

The taskforce received an update on preparations for the reopening of schools for Cambridge and Zimsec examinations, with the Ministry of Primary and Secondary Education in the process of procuring protective and preventative materials.

Modalities are being put in place so that Zupco gets an adequate fleet to ferry learners and teachers.

Zimbabwe has moved from scattered infections, mainly imported, to clusters of infection and local infection within communities, placing more responsibility on all Zimbabweans to take precautions to prevent infection,

Minister Mutsvangwa said in response to the Cabinet meeting of August 18 2020, which took note of the change in transmission scenarios and directed the setting up of a mechanism that would strengthen management and response to the rising local transmissions, the taskforce received nominations for 13 candidates who will make up an Experts Advisory Committee.”

In tapping to President Mnangagwa’s vision of resuscitating local industry, Minister Mutsvangwa said a local company has diversified and is now manufacturing 40 000 surgical face masks a day which have been certified by the Standards Association of Zimbabwe.