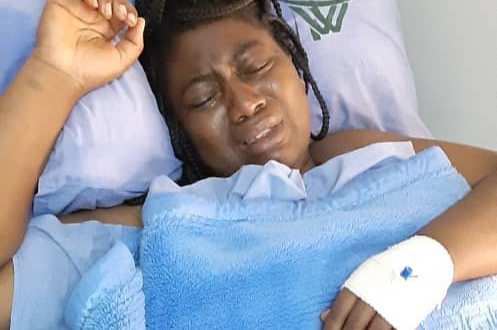 In its report for September 2020, titled Silenced!, ZPP observed that Zimbabweans’ voices had been muzzled under cover of COVID-19 containment measures.

“In September, Zimbabwe turned the corner and joined full-time, the dark list of the world’s repressive regimes, where citizens are reduced to nothing but subjects who are not part to deciding how the country is run in sharp contrast to the tenets of democracy and good governance,” the report said.

“As has been the case for the past six months, government continued to use COVID-19 as an excuse to stifle rights and freedoms guaranteed by the supreme law and as evidenced by the nature of human rights violations this month, the violations went a notch up and were more than ever before, systematic and methodical.”

The report cited erosion of judicial independence, neglect of social services, Zanu PF snub of the facilitation by South Africa to end the crisis in the country, intimidation of opposition politicians and human rights activists, as well as loss of dignity that reduced workers to beggars due to economic implosion.

“Evidence of these four key events in September is highlighted in this month’s statistics of human rights violations, where the army, police, Zanu PF and municipal police contributed to a combined 74,9% of human rights violations. Disaggregated, the police contributed the highest percentage at 31,03, followed by Zanu PF at 15,61%, the army at 13,83% and the municipal police at 10,87%, while unspecified State agents contributed to 3,56%.

“The MDC Alliance contributed 1,58% and MDC-T was in the same region at 1,19% attributable to the conflict between the two factions. The affiliation of 22,33% of the perpetrators was unknown.”

Men contributed to the most human rights violations at 88,98% compared to 8,46% women. ZPP recorded five cases of killings, three cases of attempted murder and three cases of abduction.
“In September, there were 23 cases of assault, 11 incidents of unlawful detention, two cases of torture and 81 cases of harassment and intimidation.

“ZPP continues to note with great concern that a large number of the human rights violations recorded in September and prior to that are attributable to State agents and/or institutions, and this represents an apparent regression of Zimbabwe into a crisis,” the report added.

Harare topped the list of violations at 63%, followed by Mashonaland Central at 29%, while Matabeleland South and North provinces had the least at 3% apiece. Most of the victims were opposition MDC Alliance members, while the ruling Zanu PF party was the greatest perpetrator.

The ZPP said there was the existence of a strong footprint of State security agents in the arrest, abduction and torture of the MDC Alliance trio of Harare West MP Joanah Mamombe and two other activists.

The group added that institutions meant to enforce the rule of law were “unashamedly working to protect the Zanu PF ideology of a one-party State”.

“ZPP calls on the government to respect the Constitution, which clearly outlines the separation of powers, in particular, the independence of the judiciary,” the report further read.
“Zimbabwe is founded on democratic principles and these should be seen to be practised, where the courts treat citizens fairly and accord them their rights, including the constitutionally protected right to personal freedom, right to bail, the right to demonstrate and petition, and the right to associate freely.

“ZPP recommends that the government should ensure that State security agents conduct themselves in a professional manner. The Constitution guarantees the right to life, and even where people are suspected of committing a crime, the Constitution clearly provides the procedures of arrest, detention and trial.

“In addition, Zanu PF leaders should instil a culture of political tolerance within their cadres. ZPP also recommends that the government respects the independence of institutions as this is important in restoring confidence and trust in the justice system.”