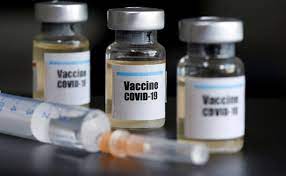 AN industry that takes time to understand the problems that a government under which it operates faces is a responsible one.

And one that goes the extra mile to take action, especially where money is involved, is excellent.

This is why the support offered by key industrial bodies this week to set-up a fund for importing Covid-19 vaccines for the national workforce must be commended.

Given the turbulences that confront Zimbabwean companies today, this is surely a mark of maturity and extraordinarily corporate citizenship.

As reported elsewhere, business member organisations have promised to import vaccines for the workers and their spouses. What this means is that if an ongoing census establishes that one million workers must be covered, close to one million more people will benefit from the fund.

This is important because a huge burden will be lifted off the Treasury and resources may then be channelled to those who cannot afford them, which is a huge relief, given the state of government finances.

The good thing is industrialists are not only doing this to save lives. They are also saving the economy. Should the pandemic continue to wreak havoc for months to come, lockdowns will be extended to contain the disease. But the threat of de-industrialisation and an escalation of the economic crisis will linger on for a long time in the future. More companies will fold as the market shrinks, and a fresh wave of job market carnage will rattle the labour market.

If industry is given incentives that it requires to ship in drugs, the effects of Covid-19 on the economy will be manageable.

The government can then go the extra mile and offer more packages to encourage industry to soldier on. These may include tax holidays and even writing off outstanding taxes due to the State for those that take part in this initiative. If the government takes this lead, local authorities and other agencies will follow suit. The result will be a stronger fight against this menace.

Treasury boss Mthuli Ncube may feel the heat as revenues fall for a few months, but the long term benefits will be immense, especially if the country’s skills base is maintained.

The same companies coming up now with this initiative are the same enterprises that have kept government operations running over many difficult years, paying taxes and fees to the State, despite the Zimbabwe Revenue Authority’s strong-arm approach that has forced many firms to fold. Many of them have been threatened with assets takeovers, but they have stood with Zimbabwe.

Government has no capacity to act alone. Last year the government promised $18 billion to support firms affected by the pandemic. Nothing came out of this, and today, many firms are worse off than they were last year. This is why it is doubtful the US$100 million drug fund announced by the government last week really exists. All companies that have the capacity to participate in the bold initiative must come forward and save lives. It is a noble idea.