Crisis in Zimbabwe Coalition is concerned by the wanton disregard of the people’s will by the ruling party, Zanu PF which has embarked on a campaign to amend the constitution, adopted in 2013, before its full implementation. 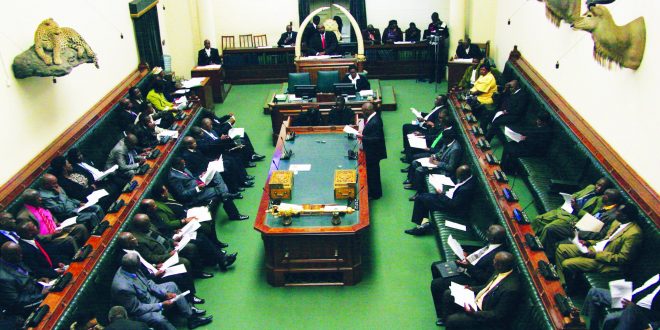 On April 6, 2021, the Constitutional Amendment Bill (Number 1) passed through the Senate after it was submitted for the second time.

The Bill, through amendments to Section 180 of the constitution, gives the President powers to appoint the Chief Justice, Deputy Chief Justice and the Judge President in consultation with the Judicial Service Commission.

In essence, the Bill erodes the previous constitutional provision to subject the process of appointments of the Chief Justice, Deputy Chief Justice and the Judge President to public scrutiny and interviews.

The Bill essentially gives the President the discretion to choose his preferred candidates for appointment.

This works against judicial independence and goes against the principles of rule of law, separation of powers and transparency in government processes.

The Bill is thus an attempt to consolidate authoritarian rule through judicial capture and therefore merely seeks to serve the interests of ruling party politicians at the expense of the will of the majority who voted for the constitution in 2013.

The constitutional amendments are a real threat to civic and political rights and are part of machinations by the ruling party, Zanu PF to create a one-party state in which they have sole authority to determine the governance of the country.

Crisis in Zimbabwe Coalition is disturbed by the fact that through constitutional amendments, ruling party officials have exhibited a tendency to retain political power at the expense of the will of the people.

We implore the government to abide by the tenets of constitutional democracy and uphold the will of the people. Respect for the constitution is a fundamental pillar of a democratic society.

We further implore the ruling party, Zanu PF to desist from abusing its parliamentary majority to amend the constitution against the will of the people who voted overwhelmingly for the adoption of the constitution in 2013.

Newer Post
Zimbabwe should have learnt how to run country from Rhodesians, not the wearing of colonial wigs and riding horse-escorted carriages to parliament
Older Post
Haruzivishe to appeal against “whistleblowing” conviction