The Centre for Democracy and Development (CDD) will host Crisis in Zimbabwe Coalition (CiZC) during engagements with Civic Society Organizations (CSOs) from Mozambique as part of efforts to strengthen regional solidarity on Zimbabwe’s political processes. 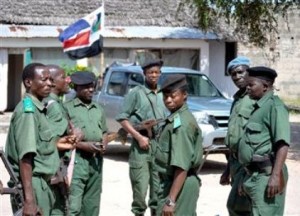 The meetings which are set to be held from March 24-27, 2021 come on the backdrop of calls for a national dialogue as a means to unlock the multi-faceted crisis currently bedevilling Zimbabwe.

The delegation from Crisis Coalition will brief CSOs in Mozambique on the prevailing political situation in Zimbabwe and explore ways through which the Southern African Development Community (SADC) can play a role in addressing the current crisis in Zimbabwe.

As part of the engagements, the delegation will also seek audience with leaders from Mozambique’s revolutionary party, Frelimo.

The coalition has strengthened regional solidarity with CSOs in order to enhance people to people solidarity in advancing democracy within the SADC region.

Another issue set to be discussed during the engagements is the conflict within the Cabo Delgado region in Mozambique. The conflict, which started in 2017 has led to the death of more than 2 500 civilians while around 700 000 people have been displaced.

On November 11, 2020, the Crisis Coalition made a passionate call for SADC to intervene and deploy military forces to assist Mozambique in fighting the Islamist insurgency.

Newer Post
When Zimbabwean leaders are so fearful of their own citizens, it’s not the nation’s fault, but the leaders themselves
Older Post
Kariba eyes bumper kapenta harvest