On Heroes Day (August 9, 2021) Crisis in Zimbabwe Coalition pays tribute to the living and fallen heroes of the struggle for an independent Zimbabwe. 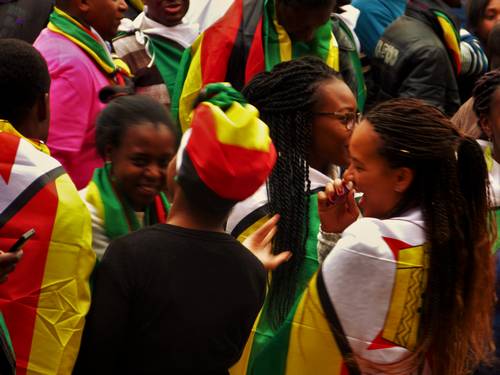 We cherish the sacrifices made by the heroes who sacrificed their lives to liberate Zimbabwe from the shackles of colonialism.

As the Crisis in Zimbabwe Coalition, we continue to be inspired by the bravery and selflessness shown by the heroes who were determined to see an independent Zimbabwe hence our vision to see a democratic and economically developed Zimbabwe.

We remain true to the ideals of democracy and economic development and in the same vein, we continue to implore the government to respect the tenets of democracy while implementing policies that will unlock the multi faceted crisis in Zimbabwe.

The current situation prevailing in Zimbabwe, which has been characterized by militarization of key state institutions, closure of the democratic space, persecution of dissenting voices, weaponization of the judiciary, gross corruption and plunder of national resources while the majority wallow in abject poverty and a constitutional crisis among other vices serves to betray the aspirations of the heroes who went to war to fight against colonialism.

We implore the country’s leadership to honor the sacrifices made by living and fallen heroes by respecting tenets of democracy, ensuring transparency and accountability and respect for fundamental human rights enshrined in the constitution.

Criminalization of civil society work, draconian legislation and the push towards a one party state serve to betray the aspirations of living and fallen heroes of the struggle for an independent Zimbabwe.

It is our firm belief that heroes of the Zimbabwean struggle fought for a Zimbabwe for all and we note with concern the entitlement behaviour by the current leadership. Resolving the Zimbabwean crisis requires an all stakeholders approach hence the need for the country’s leadership to respect and consider voices of all progressive Zimbabweans rather than to respond with brutality to genuine calls for reforms.

Liberation war credentials should not be abused as a means to cling to power and loot national resources.

As Zimbabwe celebrates Heroes Day, we call upon progressive Zimbabweans to continue the push for a democratic and economically developed Zimbabwe; principles which guided our heroes who went to fight the war against colonial rule.