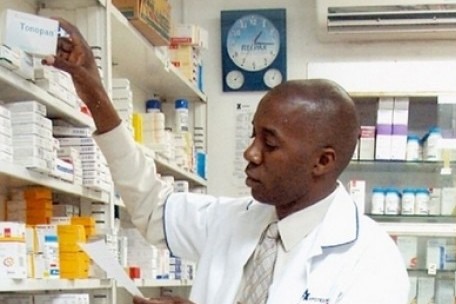 TENDAI MAKARIPE
GOVERNMENT’S protectionist policy in the pharmaceutical manufacturing industry appears to be backfiring as the country has been thrown into a serious shortage of critical drugs, further crippling the ailing health delivery system.

The Zimbabwe Independent has established that drugs, such as, Ceftriaxone, a basic yet essential drug, are in erratic supply.

Ceftriaxone is an antibiotic that is used to treat bacterial infections, including severe or life-threatening forms such as E. coli, pneumonia, and meningitis

According to the Community Pharmacists Association of Zimbabwe (CPA), the list of medicines in acute shortage include Histalix D, Flumel tablets, Enalapri tablets, Antalgic, Nitrofurantoin tablets among others.

“These medicines have local manufacturers but are not effectively producing and are failing to meet demand,” CPA general secretary Luckmore Bunu said.

Players in the pharmaceutical sector attribute the shortages to the implementation of Statutory Instrument (S1) 122 of 2017, which was put in place by the government as a policy measure to safeguard locally manufactured products. However, the need to protect local drug manufacturing industries appears to be boomeranging as the industry is under pressure.

Bunu said his organisation has made a number of appeals to the government and other relevant stakeholders to have the issue rectified.

In one of the letters by CPA to the Ministry of Industry and Commerce, Directorate of Pharmacy Services in the Ministry of Health and Child Care, and the Director-General, Medicines Control Authority of Zimbabwe (MCAZ), the organisation argued that some of the products on the list (SI 122 of 2017) are not yet being manufactured locally, despite the policy being in place for many years.

“Further, some of the products are being manufactured by one company resulting in anti-competitive behaviour and a monopoly,” reads part of the letter.

“This has had a huge negative impact on the supply chain of the said products as a number of import licences have to be sought from MOHCC, MCAZ, MIC, and the Zimbabwe Revenue Authority (Zimra).

“The disruption in the supply chain has resulted in acute shortages which have had a negative impact on public health as patients sometimes end up defaulting on their treatments.

“Further, the numerous import licences required have resulted in a marginal increase in the cost of the product making it inaccessible to a number of patients,” the letter states.

According to statistics from the International Diabetes Federation (IDF), there are about 106 400 diabetes cases among Zimbabwe’s adult population.

Efforts to get a comment from the deputy minister of Health and Child Care John Mangwiro were fruitless but a source in the ministry confirmed that there was a serious shortage of some critical drug.

“We have a big crisis, especially with reference to Ceftriaxone. The country is dry. We are awaiting urgent delivery of orders now,” the source said.

“While we are facing challenges in relation to other drugs, this one stands out because it is used in many bacterial infections.”

People in marginalised communities are also in a serious crisis as they are traditionally limited in terms of access to medicines.

A pharmacist operating in Gokwe Nembudziya, who asked not to be named, said the shortage is not only affecting business but is a threat to people’s lives.

“Enalapril belongs to a class of drugs called angiotensin-converting enzyme (ACE) inhibitors. It helps your blood vessels relax and widen and this lowers your blood pressure. I am sure from this basic explanation you understand why we cannot have a shortage of such drugs,” the pharmacist said.

Among other strategies, the government, through the National Development Strategy (NDS1) noted that it would improve access to essential medicines during the strategy period by supporting local drug manufacturing, strengthening procurement and regulation of medicines, and capacitating NatPharm among others.