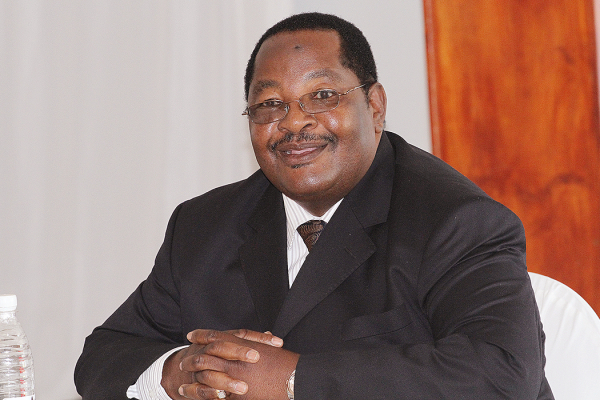 ZANU secretary for administration Obert Mpofu has said after being inspired by former MDC-T Bulawayo South legislator Eddie Cross, who recently wrote President Emmerson Mnangagwa’s biography — Life of a sacrifice — he is also planning to pen a book on the country’s leader.

It has, however, been criticised for downplaying Mnangagwa’s role in Gukurahundi massacres, that left 20 000 civilians in Matabeleland and Midlands regions dead.

“The surfeit of ones proximity to a hero has a tendency of dissuading them from appreciating their rarely accorded access to greatness, such is the descriptive parable of the privilege I have to serve Zanu PF under Mnangagwa,” Mpofu wrote in an article titled President ED Mnangagwa @79 and overcoming the struggle in transition published in the media recently.

“Thanks to Eddie Cross’ inaugural initiative to capsule Mnangagwa’s political story in the recently launched book, A Life of Sacrifice.

“The book has set the ground for further conversation on the life of Zanu PF’s first secretary and president. It is in this context, that I have been motivated to start writing a book that takes stock of the Second Republic’s policy milestones under Mnangagwa.”

However, exiled former minister Jonathan Moyo has accused Mnangagwa of age-cheating, claiming that the President was probably 83 years old.

Mpofu said under Mnangagwa, the country “has witnessed a reform-based ideological defining point from the post (late former President Robert) Mugabe era” as he justified the 2017 coup as necessary.

“Now is the time for us to tell our story and celebrate the greatness of our leader.

“Within Zanu PF, the events of November 2017 were affected to realign Zanu PF to its founding objectives and the liberation tradition,” he wrote.

“To save the party’s legacy and preserve national interests, the new dispensation under Mnangagwa was born. This put to rest the unsettled issue of succession and its effect on national development.

“Technically, Cde Mugabe embodied the justification for this political transition considering how he had lost support within Zanu PF.

“The weight of factionalism perpetrated by the G40 cabal served as a major cause of Mugabe’s downfall.”