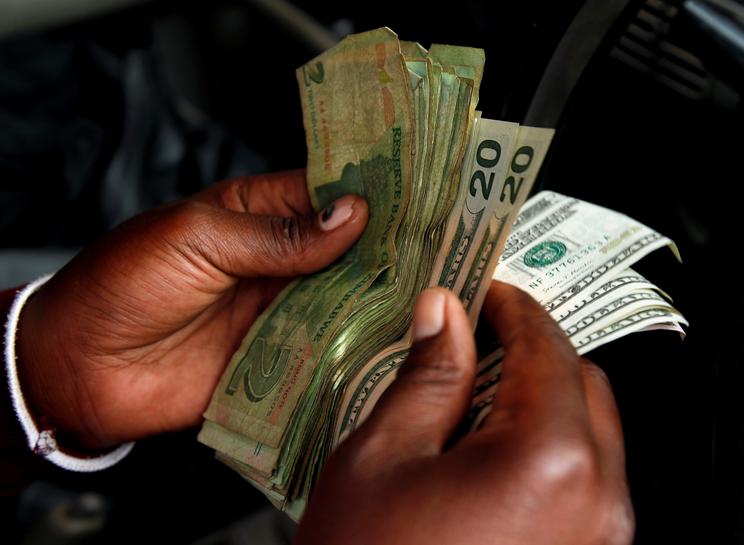 The value of the Zimbabwe dollar has been plummeting on the parallel market in the last few weeks, pushing prices of basic commodities beyond the reach of the poor who form the majority of the population.

Following its reintroduction in 2019 at a rate that was at par with the United States dollar, the local currency has been on a downward spiral.

The government has done little to support the Zimbabwe dollar and by November 2021 it was already paying its workers’ annual bonuses in US dollars in what economists said was an admission that the re-introduced local unit had failed to gain acceptance.

Developments on the currency markets in recent days show that the situation could be already out of control and saving the Zimbabwe dollar might now prone to be a Herculean task.

On Friday, US$1 was fetching $350 on the parallel market while the Reserve Bank of Zimbabwe (RBZ) pegged the exchange rate at US$1: $155.

The reality, however, is that businesses use the unofficial exchange rate because foreign currency is not available on the official market.

Prices of goods and services in Zimbabwe generally track the parallel market rates.

The RBZ’s attempts to control the exchange rate through the auction system has failed spectacularly because the winning bids are never paid on time, forcing companies to resort to the alternative market to source foreign currency.

Industry through the Confederation of Zimbabwe Industries (CZI) has made several recommendations to improve the auction system, but there has been no appetite from the central bank to fix the problems.

In its latest advisory, CZI says Zimbabwe must maintain a multi-currency system while at the same time strengthening “the economic fundamentals that support any currency in use.”

It points out that these fundamentals would include “prudence in money supply, a market determined or liberal foreign exchange market, foreign exchange reserves and central bank transparency, especially on debt liabilities”

There is no better advice that the authorities will get than this.

Zimbabweans are tired of promises by leaders at rallies that they will deal with the mounting economic problems yet there is nothing on the ground to show that there are measures to stop the demise of the local currency.