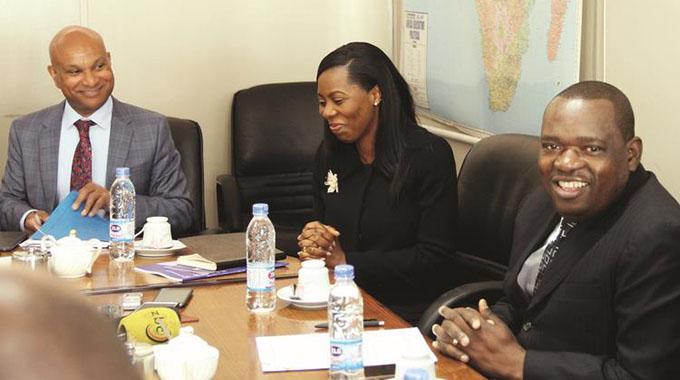 Farirai Machivenyika Senior Reporter
A seven-member Commonwealth membership assessment team is on a five-day visit to observe the pre-election environment as part of a broader informal assessment of the situation in the country after Zimbabwe expressed interest to rejoin the club of former British colonies.

“The pre-election observation team has come as a result of the dialogue, the discourse we have been having between the current Government through the President and the Commonwealth secretariat.

Minister Moyo said the readmission of Zimbabwe into the group of former British colonies would be determined by whether or not the country had met set conditions.

“The time (for the readmission) is not Zimbabwe’s initiative, it is primarily a process that the Commonwealth is undertaking simultaneously with observation of the pre-election period.

“Remember we have expressed an interest to rejoin the Commonwealth and His Excellency communicated that to the secretariat but this is going to be subject to final confirmation at the end of this year at a conference where people are going to make their judgment on where we should be going to make a formal application,” he added.

“I am very happy that you are in our country and your mission is a welcome one after our President has written that we are ready to rejoin the Commonwealth,” Cde Madzongwe said.

Zimbabwe withdrew from the Commonwealth in 2003 at the height of tension between Harare and London over the land issue.

Soon after receiving the letter from President Mnangagwa, Ms Scotland said she was happy to welcome Zimbabwe to the club.

“I wholeheartedly echo the sentiments of Heads of Government who have said twice, in 2009 and subsequently in 2011, that they very much look forward to Zimbabwe’s return when the conditions are right.

“Zimbabwe’s eventual return to the Commonwealth, following a successful membership application, would be a momentous occasion given our shared rich history,” said Secretary-General Scotland.