THE advent of internet and social media has left many scars on victims of cybercrime and cyber bullying. Women and children are the worst affected because of inappropriate pictures and videos about them often circulated on the internet without their consent. 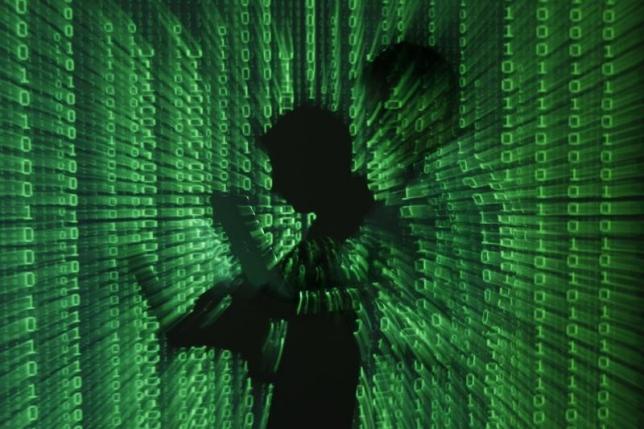 Speaking at a recent workshop on ensuring a safe internet for all by the Media Institute for Southern Africa, Centre for Applied Legal Research and the Collaboration on International ICT Policy in East and Southern Africa (Cipesa), Alfred Ncube, a children’s rights specialist at Childline, said a number of children had experienced online bullying.

“We receive a lot of reports about children exposed to online bullying, and quite a number of women have experienced online bullying and labelled with different vulgar names,” Ncube said.

“There is need to look at the impact of a nude picture of an adult to their children — and we need to ask ourselves that if a child sees a nude picture of her mother, then what are the effects? An example is that of former South African Home Affairs minister Malusi Gigaba, where some people might celebrate the scandal, but what is the impact of the social media posts on his children?”

Ncube also gave an example of a Sudanese teenager who was recently auctioned on Facebook and men bid for her hand in marriage, and the consequent comments by different people all over the world about her.

“We need to be careful how the media captures images of children and victims so that they do not become victims of online abuse,” he said.

But lawyer and media specialist advocate Brian Hungwe said while the media needs to be ethical when dealing with pictures posted on internet, there was need for a balancing of rights as in many instances there were conflicting interests between journalists as disseminators of information and children and women rights groups.

“The question which should arise is what effect or interest does that information serve, and which information is interesting to the public? Children might have been exposed in some pictures, but this needs to be juxtaposed in consideration of whether it is of public interest or not,” he said.

Zimbabwe is now a step ahead compared to other African countries after crafting the Cyber Security Bill, which Hungwe described as a legal offshoot of the digital era, which also seeks to address developments arising in the use of social media.

He said the current criminal legislative framework in Zimbabwe, which is guided by the Criminal Law (Codification and Reform) Act (Chapter 9:3) does not adequately address the crime related challenges emanating from the cyberspace, which is a unique and instantaneous data revolution where information could be shared across the world’s boundaries at the click of a button.

“Although cyberspace regulatory frameworks are meant to achieve various public interest purposes, the genuine public fears are that this Bill, regulating cyberspace, is aimed at stifling online freedom of expression and access to and dissemination of information,” Hungwe said.

The Cybercrime and Cyber Security Bill, he said, would incorporate a host of Bills with a bearing on cybercrime, namely the Electronic Transactions and Electronic Commerce Bill, Data Protection Bill and the Computer Crime and Cybercrime Bill, and, therefore, would need public consultations, as well as thorough civic society interrogation and input.

Hungwe said if the Bill is not modified progressively, there was a danger of “giving birth to a monster”. He said section 19 of the Bill criminalises the transmission of “intimate” messages without consent.

“The intention of the section is noble and understandable, given the rampant abuse of the social media to settle old scores through the publication and transmission of information of an intimate nature that invades privacy of an individual, causing devastation, humiliation and immense depression. However, the section is too broad in scope. It lacks specifics. It criminalises everything,” he said.

“There are circumstances where the intention might be noble, particularly in the media. This is not to suggest that graphic nude pictures or intimate pornographic material details are public interest content … each case is considered on its own merits.”

Another legal specialist, James Tsabora, said in crafting the Cybercrime and Cyber Security Bill, there was need to ensure that the right to privacy was strengthened through data protection, adding that ethical standards and gender equality must be promoted in internet use.

“There is no law on data protection in Zimbabwe at the moment, and we need that. When it comes to technology, our laws are backward, and we need laws that protect the dignity and privacy of persons,” Tsabora said.

Open Society Initiative for Southern Africa official and lawyer Nhlanhla Ngwenya said when crafting the Bill, there was need for civic society and the media to be clear on whether they want Internet regulation or control, where governments end up dictating what people should post on the Internet.

“There is very little knowledge about cybecrime issues, and even MPs might not fully understand it when debating the Bill in Parliament, and so we need to build advocacy in the region so that people understand that when we talk about cybercrime, we are not only talking of politics and power, but that cybercrime looks at business transactions on the Internet and several other issues,”Ngwenya said.

“The challenges are that when investigating such crimes, we have to rely on software from service providers like ZOL. Cybercrime is also a transnational crime, and the police at times have no resources to do further investigation, especially given that an offence can be committed from South Africa or London as an example. The Judicial system in Zimbabwe also has a bias towards traditional crimes like murder and theft, and there are very few convictions on cybercrime,” he said.

Lillian Nalwoga, from Cipesa, a Ugandan non-governmental organisation, said it was sad that governments were developing cybercrime laws as a weapon to suppress freedom of expression, especially countries like Tanzania, Burundi, Uganda and Ethiopia.

“Cyberlaws are used as a weapon to suppress freedom of expression and to target people that are critical of government,” Nalwoga said.