Cyclone Idai deaths: Lack of political will and poor preparedness 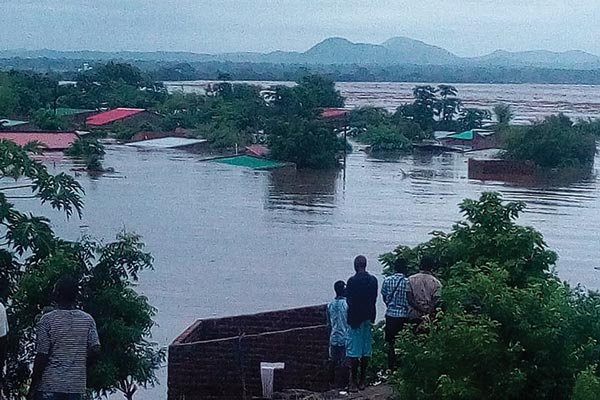 The Department of Civil Protection (DCP) has been the main body mandated with the responsibility of setting up emergency plans from the national level.

The department is housed and operates under the Local Government ministry as the implementing body of national government-initiated disaster preparedness and mitigation programmes.

The department is responsible for conducting all national response efforts, based on the Civil Protection Act (2001, chapter 10:06).

Its primary mandate includes preparing for prevention where possible and mitigating the effects of disasters as they occur. Largely the department’s mandate is to encompass resource mobilisation in preparation for managing and responding to major events and disasters. In addition, the department is the centre for dissemination of information related to disasters.

In relation to Tropical Cyclone Idai, the role of the DCP, prior to the engaging of other stakeholders in a bid to rescue the trapped and assist the displaced through provision of substantial and incidental needs, was to avoid the trapping, displacement and injury of people forecasted in relation to the tropical cyclone.

Anyone who has understood emergency management will tell you that you prioritise emergence preparation through avoiding the effects of the emergency and this is done through vacating of people from hazardous zones to safe highland places after the forecast of a tropical cyclone.

Cyclone Idai cannot be equated to any other strong winds and heavy rains where the DCP can just broadcast text messages of warning and publicise cautions on visual, print and social media.

Understanding that this is forecasted as the deadliest cyclone in 2019, developing in category 3&4, with winds of 175 km/h, the department could have done better in engaging relevant stakeholders and proposing relocation of people ahead of time.

A mere warning and red alert caution to poverty-stricken rural dwellers is not sufficient for them to mobilise themselves and vacate the areas. Some of the Chimanimani dwellers did not even know about a cyclone coming because they don’t have access to social media and newspapers, let alone the money to vacate the area if they did know.

We might understand that Mozambique was the worst hit, but as emergency response specialists, we were aware that it was also going to hit the Eastern parts of our country.

After its identification by Meteo France on March 1, monitoring began and accurate forecast was given. It was on March 4 that the cyclone originated from a tropical depression that formed off the eastern coast of Mozambique. It is upon the knowledge of this forecast that our DCP should have jumped out of their leather chairs, establish effective emergency management protocols and disaster prevention mechanisms.

While we appreciate the efforts done to bury the deceased and give shelter and food to the displaced; more could have just been preventing this magnitude of death toll and displacement.

Mozambique was hit severely by the cyclone during its (the cyclone) most developed and strong stage for an area close to thirty times larger than ours, while we were only struck by the cyclone in its weakening stage but our death toll is above two thirds of Mozambique’s. You should digest about that.

What we need now are district, provincial and national leaders who engage in a progressive emergency management dialogue, whether the right-wing or the leftists; not Twitter pages flooded with selfies they are taking with the victims. Some of us were at the scenes before them, we could not even manage to have time for smiles and selfies, we expect better from them. This is not a time for political mileage and significance; this is a state of emergency.

Furthermore, disaster risk or vulnerability reduction is the foundation of community-based disaster management; of which disaster risk reduction encompass disaster preparedness which can only be viable if there are leaders with the political will and a properly functional civil protection unit. Thus the primary context of disaster management activities revolves around reducing vulnerable conditions and the root causes of vulnerability. The primary strategies of vulnerability are by increasing a community’s capacities, resources and coping strategies.

Whether a disaster is a major or minor, of national or local proportion, it is the people at the community or village level who suffer most of its effects.

Therefore, they use coping and survival strategies to face and respond to the situation, before the interventions from outsiders.

The communities are eager to protect themselves from risks through community-based disaster preparedness and mitigation. This is only possible with leaders with the political will and a community-engaging civil protection unit. For a detailed narrative of effective emergency management, statistics and what could have been done, email me at the email below.

I want to conclude by saying; we expected better preparedness from our leaders and the ‘experts’ at the DCP. What this reflected was lack of political will and poor preparedness.