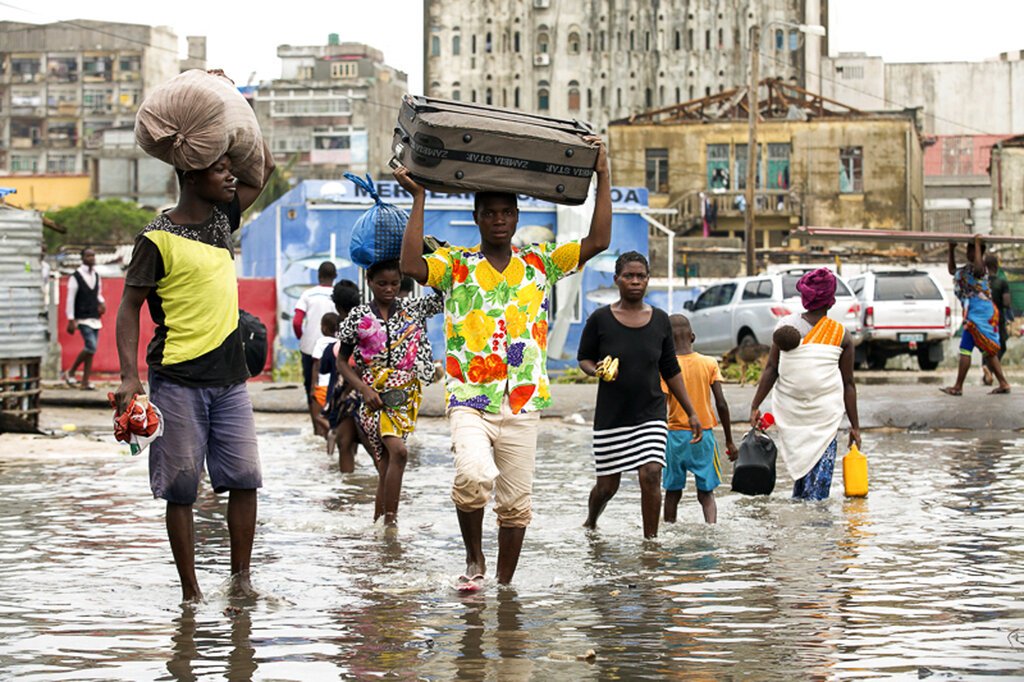 Hundreds are dead, many more missing and thousands at risk from massive flooding in Mozambique, Malawi and Zimbabwe caused by Cyclone Idai and persistent rains.

South Africa’s capacity to identify and respond to natural disasters has “gone down” and is worse than it was in 1999, International Relations and Cooperation Minister Lindiwe Sisulu told Parliament on Wednesday.She added that the Southern African Development Community (SADC) is and was “completely unprepared” for Cyclone Idai and other natural disaster events of this magnitude.Parts of Malawi, Zimbabwe and Mozambique have been devastated by the powerful cyclone that has left a humanitarian crisis in its wake.

Sisulu stated, in reference to the cyclone making landfall in Zimbabwe, that “we didn’t detect a cyclone, we thought it was just unseasonally heavy rains”. She said the damage “was beyond the [capacity of] support of South Africa”.

A devastating cyclone has slammed South Eastern Africa claiming lives in Mozambique, Zimbabwe, and Malawi. Red Cross confirmed to Euronews that they expect the death toll to categorically rise in Mozambique while access issues have posed challenge…

News24 previously reported that in Zimbabwe the cyclone killed at least 98 people and more than 200 are missing.

In Malawi, the storm has affected more than a million people and more than 80 000 people were forced from their homes.

But it is in Mozambique where the damage has been most notable.

The minister also mentioned a phone call from Mozambican President Filipe Nyusi on Tuesday morning in which the president said a dam near Beira, the site of some of the most severe devastation, “was close to breaking”.

The dam walls subsequently broke, compounding the destruction in the already flood-damaged and low-lying area.

She added that the Red Cross estimated “no less than 10 000 people [have] perished” and that ”it is a catastrophe of a magnitude we have never had on the African continent”.

Sisulu said this “points to us as a collective, as the SADC, increasing our capacity of detection of weather patterns because we were completely unprepared”.

She added that the SADC depended on South Africa’s capacity.

Sisulu stated that “we are coordinating all the efforts from the United Nations and all other countries that are assisting in [dealing with the effects of] the cyclone”.